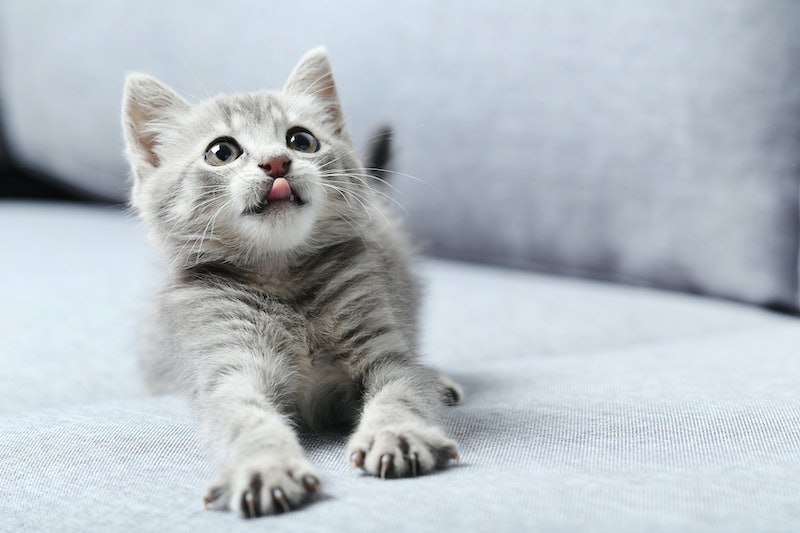 I don’t use Snapchat, but I probably would have loved it if it had existed when I was an undergrad. My roommates and I had a habit of drawing messages for each other on our fridge with dry erase markers, which was essentially the lo-fi version of the photo-sharing app. I therefore find it somewhat comforting to know that most Snapchat aficionados aren’t using it for things like ultra-creative sexting; instead, they’re more interested in sending pics of goofy things like cats and selfies. And hey, guess what? We’ve got the data to prove it!

A new study conducted by the University of Washington surveyed 127 adult Snapchat users on their habits with regards to the app. Most of the users (81.9 percent) were between the ages of 18 and 24, while 14.2 percent fell in the 25-to-34 age bracket, 1.6 percent in the 55-to-64 one, and absolutely none in the 45-to-54 category; additionally, 68.5 percent of the respondents were male and 29.9 percent were female (two users didn’t specify). Very few of the respondents, however, said they use the app for sexting; although 14.2 percent noted that they’d sext another user experimentally at some point and almost 25 percent have used Snapchat to “joke sext,” only 1.6 percent use it primarily for sexting. That’s a pretty small number for an app generally thought to be a hotbed for sexting, no? In fact, most of its users—60 percent, or almost two-thirds — said they use it primarily for “sending funny things.”

And by funny things, of course, we mean cats and selfies. Although the study acknowledged that the respondents may be underreporting the amount of sensitive content they share via the app, a number of answers to free response questions on the survey “emphasized using Snapchat for fun, sending messages with will or mundane content that they might not otherwise send via a messaging platform that emphasizes archival rather than temporariness.” One user, for example, noted that people are more likely to send pictures of their cats on Snapchat than they are to post them to other social media, while others said they use it to send “stupid faces.”

There are, of course, a few drawbacks to this study; as Complex notes, they mostly have to do with the age range of those surveyed and the size of the sample used. I actually don’t think the age range is that much of a problem; according to Business Insider Intelligence (via TIME), more than two-thirds of all Snapchat users are under the age of 25, so the study’s 18 to 24 majority range is typical of your standard Snapchatter. Complex is right in their criticism of the sample size, though, because it's tiny. That same report from BI Intelligence estimated the total number of active monthly users of the app at a staggering 82 million ; as such, I’m not sure that a mere 127 participants accurately represents the entire user database. I suspect a larger-scale survey might provide a more accurate portrait of the average Snapchat user.

Ultimately, the researchers suggest that Snapchat’s image could use a marketing overhaul. A number of people who initially responded to the call for participants said they didn’t use Snapchat because of its reputation for being useful mostly for sexting — a reputation it gained because of the ephemeral nature of its messages (even if sometimes those messages are less ephemeral than you’d think). Since most people seem to use it for fun, though, the app’s marketers might think about putting the stress on that particular aspect of it instead of on the “now you see it, now you don’t” thing it made its name with. Besides, who doesn’t love funny cat pictures?