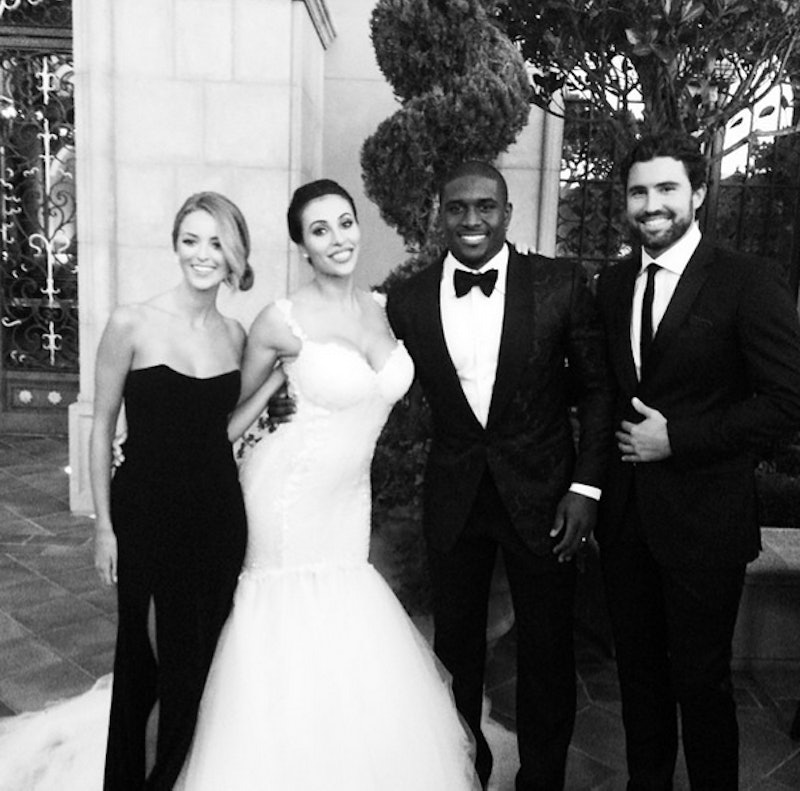 There's a lot of speculation as to why Brody Jenner attended Reggie Bush's wedding, but not Kim Kardashian's. Mainly, everyone is saying that Jenner can't stand the Kardashians and wanted to stick it to them via hitting up the nuptials of the ex whom Kim had a very messy break up with. Is it all hearsay? According to Jenner, that's exactly what it is. While attending the 9th Annual All-Star Celebrity Kickoff party on Monday (another event Kim wasn't a part of... coincidence?), Jenner was flat-out asked if he was dissing his step-sister by opting out of her over-the-top Paris wedding and opting in to Reggie's San Diego soiree. His answer? Classic Brody.

Jenner told reporters that the reason he didn't go to Kim and Kanye's wedding was because he was working and the wedding was in Paris. "It's as simple as that," he said. He also added that he thinks it's kind of ridiculous that "everybody is making such a big deal over it." So, everybody chill, okay? Brody's just a cool dude who wants to hang out, surf, listen to music, and maybe eat a lobster burrito or two. He's not the kind of guy who'd intentionally hurt someone.

Two things immediately came to mind after watching this video. One, it really seems like Brody's being honest and didn't have ulterior motives in going to Bush's wedding. He was just a dude attending the wedding of one of his dudes. And two, sweet Georgia asphalt is that man good-looking. How can anyone focus on anything else when he's talking? Lordy.