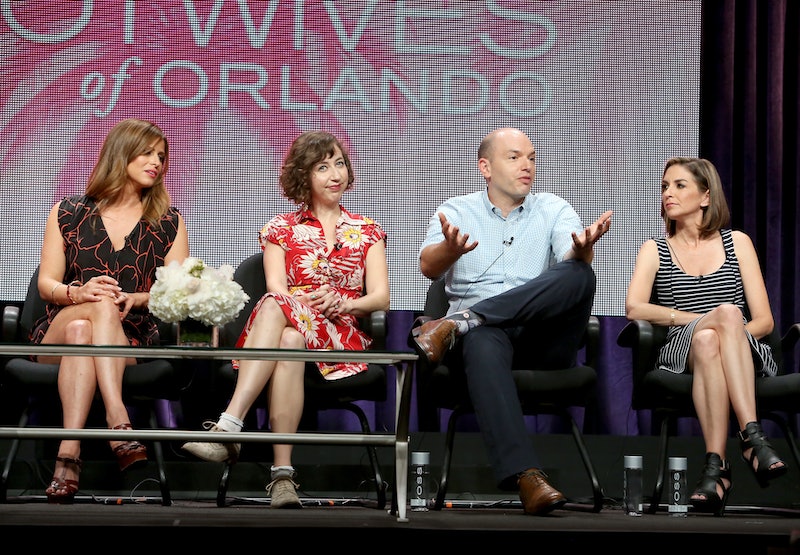 Watching any given episode of The Real Housewives is guaranteed to bombard the mind with a slew of profound questions such as, "if you don't want drama, why hang out with her?" "Why is that single chick even on a show about housewives?" "Why is there a charity that donates high heels to dogs?" Well, one look at the Hulu's The Hotwives of Orlando is a sign that someone out there feels the self-inflicted pain that comes with being a Housewives viewer. In six hilarious episodes, the Paul Scheer-produced parody cleverly mocks several of the Bravo reality stars, including Teresa Giudice, Lisa Vanderpump, Phaedra Parks and Alexis Bellino. In many ways, Hotwives is actually better than the "real" thing.For one, it calls the Housewives out on all their BS, like when someone pretends a party is a great place to bring up a sensitive issue and then becomes fake-outraged when it causes a huge fight. All of the Hotwives accurately give one another backhanded compliments and yes, there really is a charity that provides high heels for dogs. Leave it to the Hotwives to divert attention away from a respectable cause by arguing over how many paws dogs have and whether it needs two or four shoes.

Also, Hotwives pretty much covers all of the housewife clichés you can think of, including gaudy ensembles, bitchy gay party planners who are better coiffed and made up than the women, and the almighty catchphrases.

There's plenty of over-the-top, brow-raising sexual innuendo, like when one of the Hotwives discusses hooking up with her trainer and performing jaw exercises.

The episode titles don't hold back either. For example, the title of episode two is Pimps and Hoo-Ha's.

Hotwives combines wives from different franchises on one show, allowing us to see what an onscreen interaction between Teresa Giudice, Lisa Vanderpump and Alexis Bellino would be like.

Hotwives goes where Housewives doesn't, and for that reason, it's officially on my list of shows to binge watch.