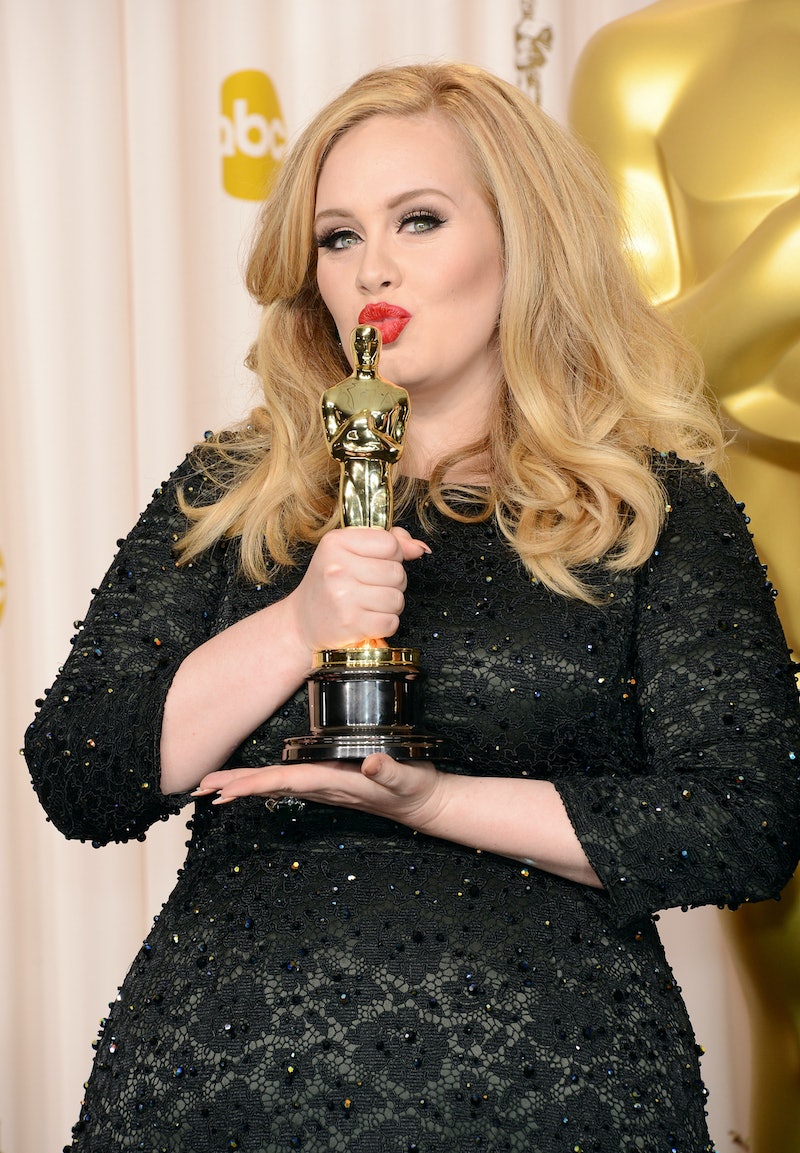 Hard to believe it's been over three years since the ultimate break-up song, "Rolling in the Deep," came into all our lives — but yep, indeed it has been. Adele released the album that "Rolling in the Deep" was included on, 21, all the way back in February 2011, meaning it's been just about three years and five months since the record went on to break a ton of records including Amazon's best-selling album of all-time and selling 28 million units worldwide. Now, Adele is ready to do it all again: According to The Huffington Post, Adele is set to release a new record, 25, and she'll be going on tour in 2015 to promote it. Basically, the queen is back.

The news was shared by the World Music Awards on Twitter, with the following, straight-forward tweet: "#adele confirms 2015 Tour After The Release Of Her New Album ‘25’!"

While news of the tour is definitely new, this actually isn't the first time we're hearing of the next album title being "25" — back in May, Adele tweeted the following, cryptic message: "Bye bye 25... See you again later in the year x." Also, considering her first two albums were named "19" and "21," it only makes sense that the next would be her age at the time of recording as well. Just sayin', why break the tradition?

No word on when Adele's tour will kick off yet, but with this announcement, we should definitely expect more announcements soon.

More like this
Beyoncé Is The First Woman To Have A No. 1 Album Since Adele Did Almost A Year Ago
By Radhika Menon
Adele Finally Announces New Dates For Her Postponed Las Vegas Residency
By Jake Viswanath
How Lady Gaga & Adele Are Closer To The EGOT All Of A Sudden
By Jake Viswanath
Beyoncé's Renaissance Samples Everyone From Kelis To Right Said Fred
By Jake Viswanath
Get Even More From Bustle — Sign Up For The Newsletter