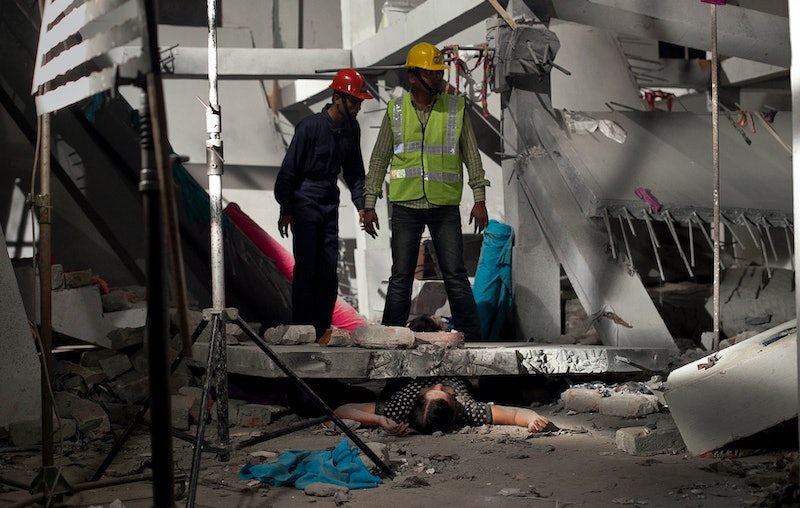 On April 24th, 2013 in Dhaka, Bangladesh the Rana Plaza factory collapsed, killing and injuring thousands, most of them garment workers. Now, more than a year after the deadly incident, the owner of Rana Plaza will be charged with a construction violation suit naming him responsible for the tragedy.

The collapse, which killed 1,133 and injured over 2,500, shook the garment industry to it's core, prompting many retailers to pay closer attention to factory conditions and leading to greater customer awareness about the hidden consequences of fast fashion. Although there have been several important developments, namely the Bangladesh Accord, that will hopefully change the industry for good, there has been little by way of justice for the families of those killed. Until now.

WWD reports that last month the Anti-Corruption Commission filed a case listing 17 individuals deemed responsible for breaching regulations in the construction of Rana Plaza and for ignoring signs that the building was in disrepair. Missing from that original list was building owner Mohammad Sohel Rana. The commission hadn't included him in the initial charges because the ownership papers listed Rana's parents instead. Further investigation confirmed Sohel Rana's involvement and the ACC has added him to the complaint filed with the police.

Sohel Rana was initially arrested four days after the collapse while allegedly planning to escape to India.