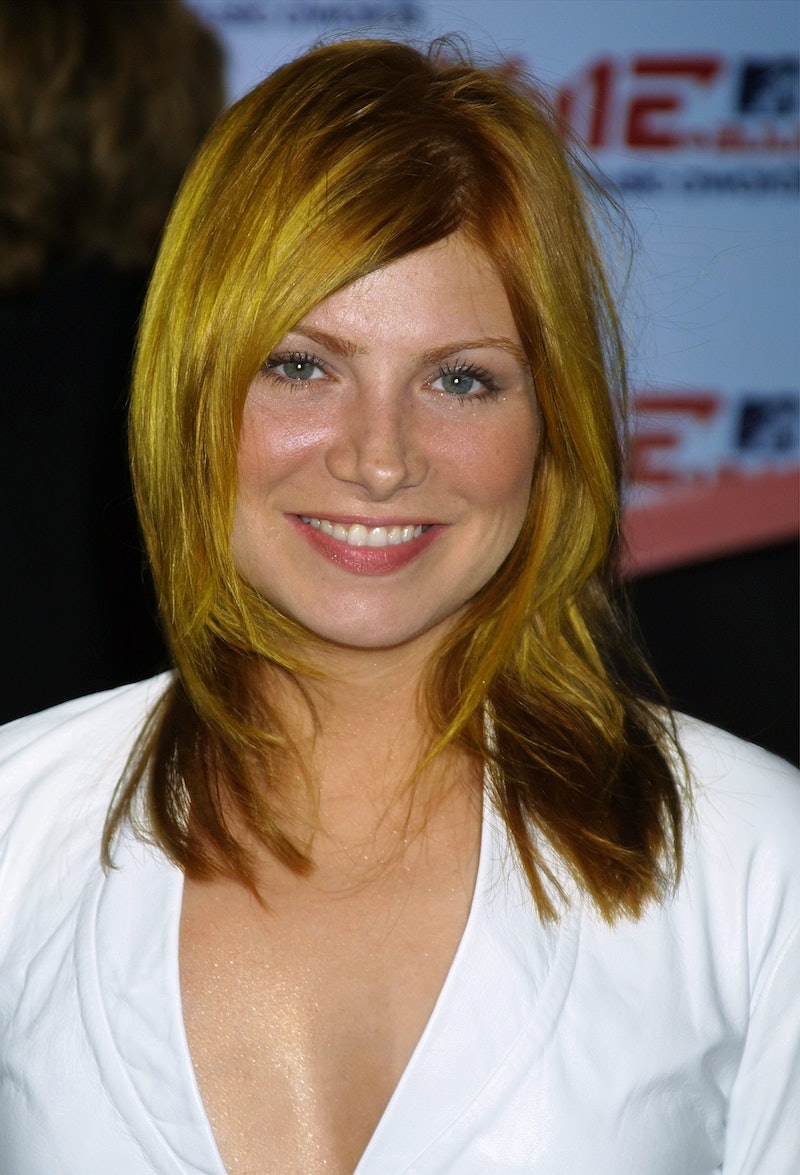 Admit it. At one point in your life, it was almost impossible for you to listen to Vitamin C’s “Graduation (Friends Forever)” without getting a little choked up. Sometimes, you’d just full-on cry. After all, you’re human and your emotions can get the best of you. All throughout the year 2000, Vitamin C's music brought on the feelings for all of us. She was huge for a few years there, but it’s been a while since we’ve heard anything from his benevolent musical fairy with hair the color of Tang. Whatever happened to Vitamin C? Is she still in the music biz? Does she go around speaking at graduations? Well, guess what? She’s actually doing pretty well for herself!

Born Colleen Fitzpatrick, Vitamin C used her music to communicate with feeling-laden teenage human beings circa Y2K. With “Graduation (Friends Forever),” she urged us never to take the present for granted. “Smile” reminded us that happiness will make the world a better place. Finally, she taught us that “itches” are just fine with “The Itch.” Welp, as long as they’re not in your nether regions. That was territory for your health class.

Beyond what she didn’t cover in sexual health, Vitamin C was an expert communicator with adolescents. Her music was simple, it dealt with adultish emotions, and it didn’t need to go through any edits to be included in a Kidz Bop compilation. Thus, it’s no surprise that Vitamin C has found her calling in the tween music industry. Our little dietary supplement is working as an executive at Nickelodeon!

In 2012, Fitzpatrick was dubbed VP of music for the children’s TV network. She supervises the management of all of Nickelodeon’s musical content, as well as that of its subsidiary cable channels (like TeenNick), in addition to A&R and Nickelodeon artists. Some of the artists formerly included in this league are Victoria Justice, Miranda Cosgrove, and Ariana Grande. If you ask me, her hair is exactly the right color for the job.

Before her big VP break at Nick, Vitamin C was writing songs for tween icons in the heyday of tween entertainment. In 2005, she cowrote “We Are Gonna Happen” for Emma Roberts in Unfabulous.

Vitamin C is credited as one of the writers of "Let's Get Crazy," which was released to Radio Disney as a promotion for Hannah Montana: The Movie back in 2009.

Also in 2009, she wrote "One and the Same" for Selena Gomez and Demi Lovato, which was featured in the Disney Channel original movie Princess Protection Program. Essentially, Vitamin C has become the Sia Furler of tween pop.

But to us, she'll always be the prototypical aughts pop star, who loved citrus hues and futuristic furniture...

And who told us that scratching an itch every once in a while wouldn't kill you.

Way to go, Vitamin C! If you can, please produce a music video that involves you sitting on Big Orange Couch. Your hair will match it perfectly!