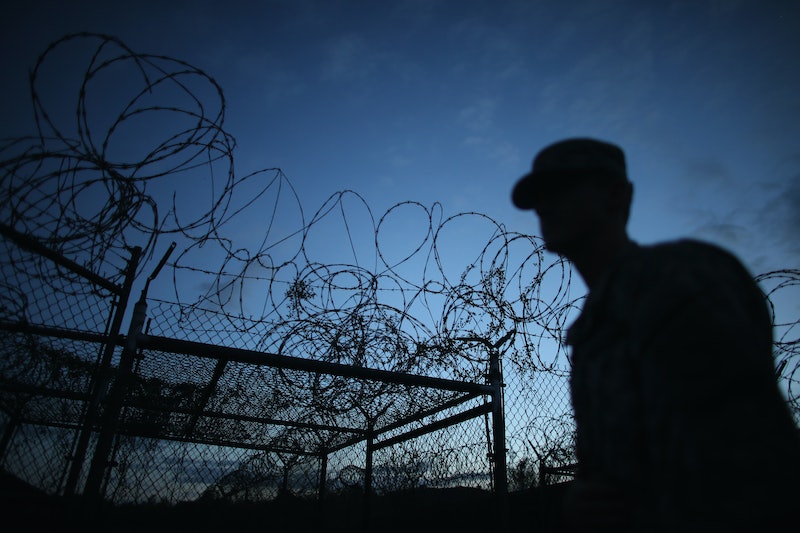 Hunger strikes at Guantanamo Bay hit the six month mark today, with more than 60 of the prison’s 168 inmates refusing to eat in protest of their detainment, treatment, and general living conditions.

The strike was launched in February with the aim of spotlighting multiple perceived injustices at the extrajudicial facility, located on Cuba’s south shore. For one, more than half of the detainees have already been cleared for release, and only nine inmates total have actually been charged with a crime (that’s roughly 5 percent of the detainees). In addition, multiple inmates allege that they suffer regular physical and sexual abuse at the hands of the detention center’s guards, who have also been accused of confiscating detainees’ family photos and legal documents during cell searches.

To combat the hunger strikes, prison officials have begun force-feeding inmates by threading feeding tubes through their noses and into their digestive systems, a practice condemned as torture by the UN Commission on Human Rights and banned by the World Medical Association. At one point, more than 40 inmates were being force fed. Two Democratic senators have urged President Obama to pull the plug on the force feeding program.

While Obama called to close the facility both as a candidate for president and once he was elected, Congress has refused to fund its closure, citing concerns that the prisoners may still pose threats to national security upon their release. Obama is set to meet Thursday with Yemeni President Abd-Rabbu Mansour Hadi to discuss the release of 56 Yemeni prisoners who have been cleared for release yet remain imprisoned.