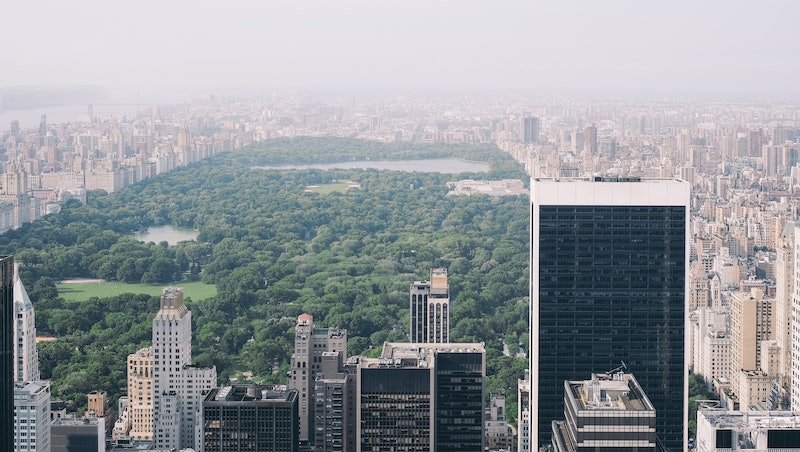 The storm's a-comin'. At a press conference Tuesday afternoon, New York City Mayor Michael Bloomberg revealed his $19.5 billion plan to equip the city to deal with the inevitably extreme weather coming its way.

The 430-page report accompanying the announcement, titled "“A Stronger, More Resilient New York,” includes provisions to deal with everything from hurricanes and heavy rainfall- to droughts and heat waves. In order to combat sea level rise, Bloomberg has proposed a variety of "coastal defense projects," including new dunes, levees and offshore breakwaters in high-risk areas like Lower Manhattan, Staten Island, Red Hook, and the Rockaways. Bloomberg says that while the new measures may "block views, they will also save lives." Another significant portion of the funding would go towards improving infrastructure in order to maintain power and communications during would-be blackouts.

One of the most novel ideas envisioned in the plan was "Seaport City," an ambitious development proposal for the southern tip of Manhattan. The project, modeled off of New York's Battery Park City, would combine levees with new housing and commercial real estate.

Bloomberg was quick to defend the project's massive price tag. He insisted that $10 billion would be accounted for by city capital funding and federal aid relief that had already been allocated to to the project. An additional $5 billion, he claimed, would also come from the federal government further down the road.

The mayor also pointed out that $19.5 billion doesn't actually look like so much money when you consider the fact that Hurricane Sandy cost the city over $19 billion in 2012. Indeed, many New Yorkers continue to see the effects of Sandy in their day-to-day lives. Thousands of families will likely see their insurance costs skyrocket as providers continue to survey the storm's damage, and the New York subway system is far from fully recovered.

Bloomberg will be succeeded this November by New York City's first new mayor in twelve years, and is already urging mayoral candidates and New Yorkers alike to further his legacy of fighting the effects of climate change.

"We can’t stop nature," said the mayor pointedly, "We’re going to have to live in the new reality."