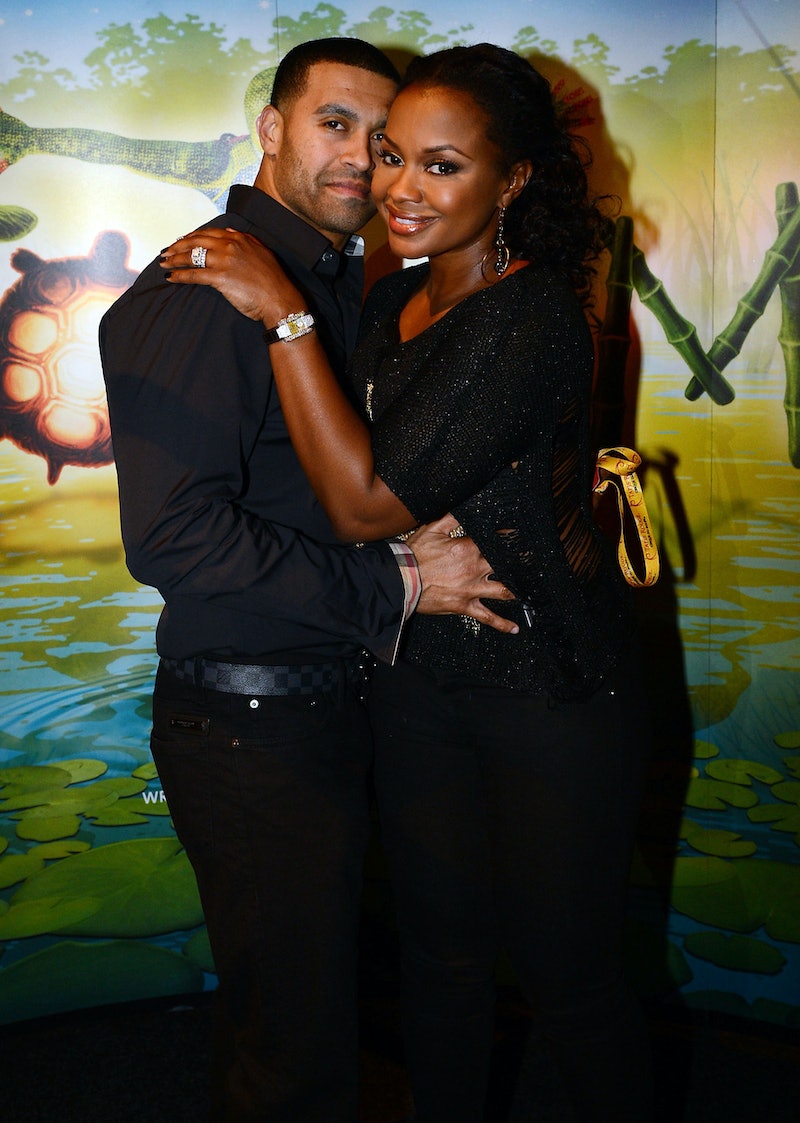 The marriage of The Real Housewives of Atlanta stars Phaedra Parks and Apollo Nida won't survive Nida's upcoming prison sentence, at least according to statements Nida made during a radio interview. When asked about the state of his marriage and whether he thought it would remain intact while he serves time for bank fraud and identity theft, Nida bluntly said, "I doubt it. I mean, my wife didn't even show up for my fucking sentencing. So I'm still kind of salty about that."

Okay... where do I even start with that statement? First off, Parks has yet to speak negatively about Nida, and she expertly avoids responding to any inquiries about her husband's legal troubles. For him to publicly air grievances with his wife only makes him look extremely insensitive and entitled. Furthermore, it completely negates the fact that he got himself into this mess, and up until this point, Parks appears to have been quite the supportive wife. Aside from the fact that she's the ultimate career woman and mother of Nida's two sons, Parks constantly came to Nida's defense when the public and fellow RHOA cast members openly questioned her decision to marry an ex-convict. And let's not forget Nida's entirely inappropriate relationship with Kenya Moore. Under conditions that would've rightfully driven any wife to forego all attempts at behaving like a lady, Parks maintained her cool and her husband's innocence when Moore accused Nida of sending her suggestive text messages, a claim Moore later retracted.

Parks also backed Nida's personal training endeavors by helping him create the workout video Donkey Booty, which sparked an infamous battle of the DVD workouts with Moore, who borrowed from Nida and Parks' idea and created her own Stallion Booty routine (Yes, those are real titles.) Then, there was the hotel brawl in which Nida relentlessly attacked Moore's assistant.

After everything Parks endured, who could blame her for wanting off this ride? Nida is prepared to do his time, but Parks has already served hers. If she's finally ready to set herself free, then more power to her.