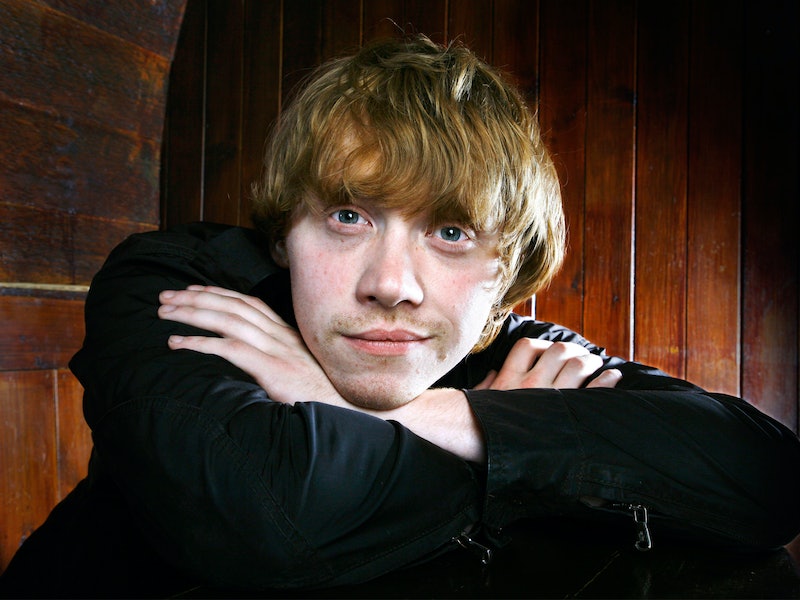 The “Great Feminist Men” of Literature are an anemic bunch — their records are marred by some pretty questionable moral choices, which aren't the most feminist of actions, admittedly. However, the guys I picked for this list do get points for their dedication to equality for all and a general sense of ethics, especially in some of their specific eras; in other words, a desire to do the right thing. And in the pretty rough landscape of misogyny in lit, that's something.

After a quick crowd-sourcing, it seems Jane Austen is the winningest author when it comes to creating men who see women as their equals. Sense and Sensibility's Edward Ferrars and Colonel Brandon are both stand-up dudes with human flaws. One could make the argument for Pride and Prejudice's Mr. Darcy, as well. Other honorable mentions include Native Son's Bigger Thomas, Hal from Infinite Jest, and War and Peace's Prince Andrei. Characters from contemporary authors like Jeffrey Eugenides and Jonathan Franzen, while appealing in many ways, stop just short at fitting comfortably into a feminist peg.

All said, there certainly needs to be more great feminist male characters in our books. That's where you come in. Start writing. Now. In the interim, here are some of our favorites thus far:

Atticus Finch, To Kill a Mockingbird

To Kill A Mockingbird’s Atticus Finch is the only sane man in a sea of bigotry and racism. But he is more than a just man. He is a father to a daughter. In fighting for the rights of Tom Robinson, a black man who is accused of raping a white woman, Atticus not only exposes the racism of the courtroom — he teaches his daughter valuable lessons about a person’s worth and the moral pitfalls of assumption and judgment.

You know the truth, and the truth is this: some Negroes lie, some Negroes are immoral, some Negro men are not to be trusted around women—black or white. But this is a truth that applies to the human race and to no particular race of men. There is not a person in this courtroom who has never told a lie, who has never done an immoral thing, and there is no man living who has never looked upon a woman without desire.

The fact that he does so in the threat of serious violence makes him more than simply a fighter for human rights — it makes him one of English literature’s finest heroes.

Oliver Mellors is a simple man — he’s the groundskeeper of Lady Chatterley’s gigantic estate. But he knows an unhappy woman when he sees one. Not only is Constance’s husband, who was paralyzed during WWI, unable to have sex — he neglects his wife emotionally, leading to her affair with Mellors. The resulting novel is a rumination on physical intimacy and class struggle. But Mellors sees Connie for her true self and appreciates her, which, unsurprisingly, results in great sex. But we’ll let you read the book.

Middlemarch’s young buck is none other than Will Ladislaw, the nephew of the old, stick-in-the-mud Casaubon that our heroine Dorothea marries under naive expectations of their intellectual connection. But poor Dorothea; it turns out that Casaubon is just a selfish old geezer who doesn’t see her as an intellectual equal at all. Despite the fact that Casaubon denies Dorothea her inheritance if she marries Ladislaw, the two marry anyway, and live happily ever after.

Ralph Touchett, A Portrait of a Lady

Ralph is technically Isabel Archer’s cousin in Henry James’s novel A Portrait of a Lady, but he definitely has romantic feelings for her. Because Ralph is ill and knows he’s dying, he doesn't have time to mince words. He smartly warns Isabel that she shouldn’t marry Gilbert Osmond, the egomaniac that essentially causes her downfall.

Basically Every Guy in the Harry Potter Series (OK, minus Slytherin)

Nearly all the male characters outside of Slytherin in the Harry Potter universe could be considered feminists. Neither Harry nor Dumbledore ever voice any concern over anyone’s being female. Anyway, the fact that we’re in a wizarding world certainly evens the playing field when it comes to power dynamics. Hermione’s being better than everyone at everything doesn’t stop Ron Weasley from loving her completely.

Though most of us still aren’t over the fact that Jo turns down Laurie’s proposal of marriage mostly based on the fact that IT WAS CHRISTIAN BALE GIRL ARE YOU CRAZY? But truly, Louisa May Alcott’s Jo is smarter than that, and she meets her true equal in the German professor who has so much respect for her he has the courage to tell her what he thinks of her fiction knowing she will potentially never speak to him again. And you know, they go on to create a school together and it’s awesome.

Emma’s Mr. Knightley has made the list, but there are several men from Jane Austen that could have also made the cut — namely, Edward Ferrars, Colonel Brandon, or even Mr. Darcy. Mr. Knightley gives Emma a hard time because he knows that she is immature and even shallow — but he cannot help loving her, and waits for her to realize the error of her ways.

There is one thing, Emma, which a man can always do if he chooses, and that is his duty; not by manoeuvring and finessing, but by vigour and resolution.

In the end, Mr. Knightley and Emma are truly friends — a fantastic preamble to a successful partnership.

More like this
Twitter Is Identifying With Sally Field & Jane Fonda’s Friendship In New Viral Video
By Jake Viswanath
24 History-Making Black Women You Probably Didn't Learn About In School
By Ayana Lage and JR Thorpe
25 Inspiring Quotes From Black Women To Celebrate Black History Month
By Kyli Rodriguez-Cayro and JR Thorpe
Netflix Shut Down 'Bridgerton' S3 Rumours About A “Very Dark” Storyline
By Bustle
Get Even More From Bustle — Sign Up For The Newsletter
From hair trends to relationship advice, our daily newsletter has everything you need to sound like a person who’s on TikTok, even if you aren’t.