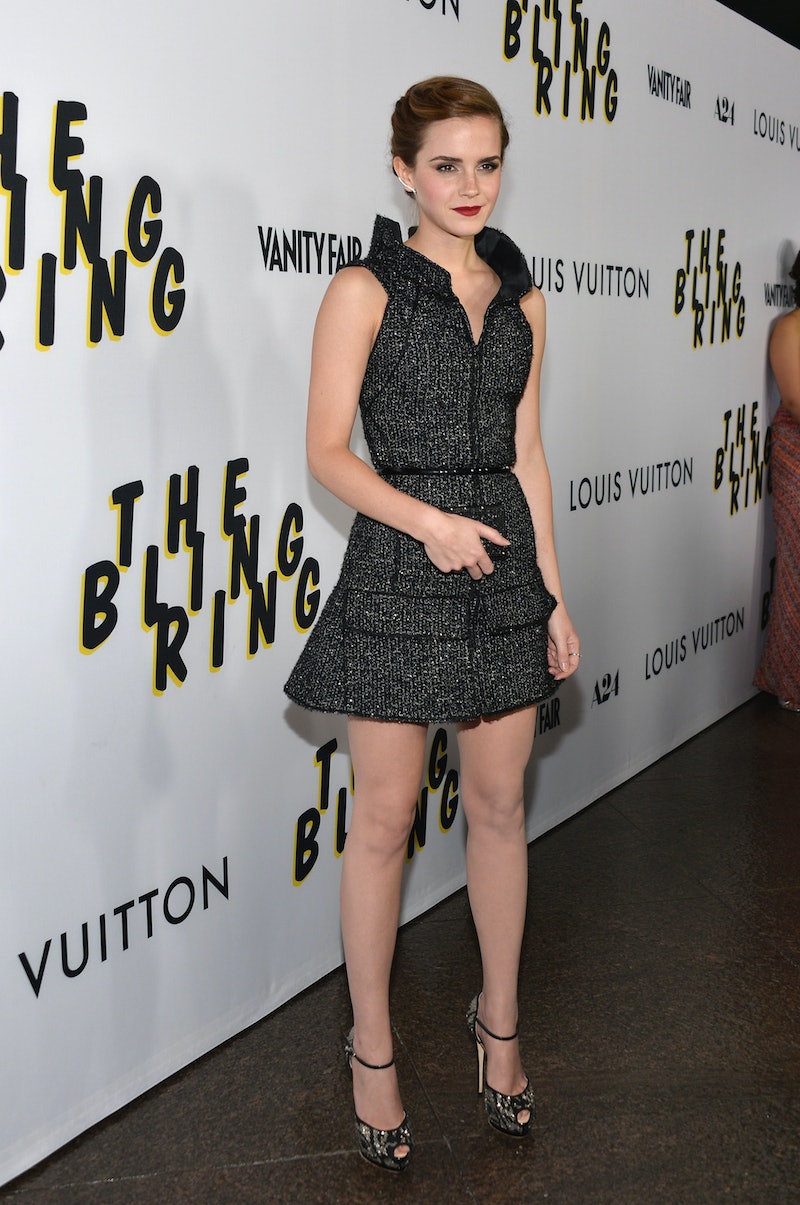 As many Harry Potter fans may know, September 19 was a very important day. It was Hermione Granger's birthday, and our favorite witch is all grown up in the wizarding world. In the Harry Potter timeline, this year would've marked Hermione's 34th birthday, which is just weird to think about. Emma Watson, the actress who brought Hermione to life, wished her career-making character a happy birthday on Twitter, which spurred an interesting observation.

One of her followers replied to her "Happy Birthday Hermione Jean Granger" tweet with, "She's probably Hermione Weasley by now." The fan obviously meant it in a fun, cute way, that by then, Hermione and Ron Weasley would've been married.

But Watson got us thinking when she responded with, "I actually reckon Hermione would have kept her maiden name." I couldn't agree more.

Not only would Hermione Granger have been a pretty famous name after the whole defeating-history's-most-evil-wizard thing, but throughout the entire series, she was true to her self and didn't take anything from anyone—especially guys. She was proud of her muggle heritage and would've wanted to keep it attached to her identity, and most importantly, she was a feminist.

Don't believe me? Here are just a few examples of Hermione being an empowered, awesome feminist.

And that was just the first hint of what was to come. Hermione knew what she was talking about and wasn't afraid to let others know when they were wrong. Playing dumb was never an option.

Similarly, Hermione was never afraid to call someone out, even from a young age. Someone's breaking the rules during their first flying lesson? They're an idiot and deserve to know it.

Hermione knows that it's rude to introduce yourself to someone when your mouth is stuffed with chocolate frogs, and she's not afraid to let you see that she's unimpressed. She deserves to be treated with respect, after all. Unfortunately for Ron, this setback would cost him — it took him almost seven years to charm her.

Ah yes, the infamous punch. Draco Malfoy was laughing at the impending execution of Buckbeak, and foreshadowing her future work for house elves, Hermione steps in to defend the innocent creature and of course, Hagrid. Violence is never the answer, but Hermione isn't one to just standby and let cruel behavior go on. She acted impulsively to stand up for those who needed her and in this case, that meant punching Malfoy right in his beautiful face. (And let's be honest, he deserved that one.)

Hermione knows that you should be with someone who likes you for who you really are, and should never take advantage of another person. She'll stop anyone from entering into a superficial relationship where at least one side is being used, even the chosen one, himself.

Though we see much more of it in the books than the films, Hermione was an advocate of house elf rights. She knew that all magical creatures should be respected and treated fairly, and used her own empowerment to help defend the rights of others. S.P.E.W. was mocked by her classmates, but Hermione persisted, and eventually worked for the Ministry's Department for the Regulation and Control of Magical Creatures to help house elves everywhere.

When the Triwizard Tournament brought foreign students to Hogwarts, all of the girls were basically throwing themselves at Viktor Krum, a famous Quidditch player. Not Hermione. She stayed true to herself and didn't try to impress him or even give him special attention. You know what happened? He asked her to the Yule Ball. Hermione would never compromise herself for someone else, because she's proud of who she is and only wants someone who respects that.

Of course, as an enlightened, intelligent, confident feminist, Hermione couldn't help but to sometimes question the sanity of the opposite sex. Here she was making strides for women everywhere, while some of the boys were playing Quidditch and avoiding History of Magic homework.

Sometimes it's hard being the smartest girl in the room, but Hermione was never embarrassed by her intelligence, or her background, or anything else (well, except her teeth that one time, but that was brought on by bullying).

The Harry Potter generation is lucky to have grown up with as great a feminist role model as Hermione Jean Granger— not Weasley. She saved Buckbeak, she took down Voldemort, she fell in love with Ron, but most importantly, she taught girls everywhere to stand up for themselves and others, and to always be proud of who they are.

More like this
Rupert Grint Just Shared A *Major* Update About Ron Weasley’s Future
By El Hunt
'The Last Of Us' Episode 4 Put Twitter Into An Emotional Spiral
By Alyssa Lapid
Netflix Shut Down 'Bridgerton' S3 Rumours About A “Very Dark” Storyline
By Bustle
Bill & Frank’s 'The Last Of Us' Episode Has Twitter Emotionally Wrecked
By Alyssa Lapid
Get Even More From Bustle — Sign Up For The Newsletter
From hair trends to relationship advice, our daily newsletter has everything you need to sound like a person who’s on TikTok, even if you aren’t.