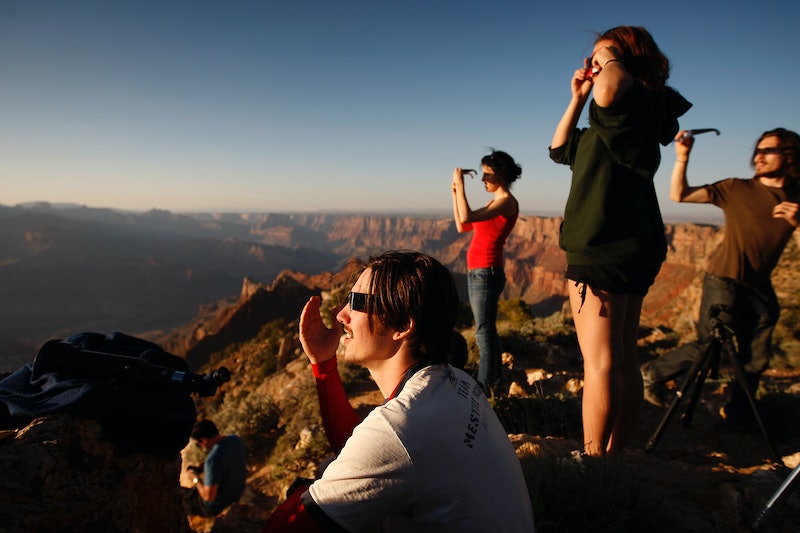 The pinnacle of summer is perhaps the Great American Roadtrip. Whether you’re feeling moody and Kerouacian, or all bubbly and Britney-in-Crossroads about it, the Great American Road Trip can be a defining, eye-opening, and altogether life-altering experience. It can also be a total nightmare, if you’re not into that whole driving 16 hours a day, spending an insane amount of money on gas, and being confined to very close quarters without the promise of a shower or a bed every day thing. Nevertheless, road trips and summer go hand in hand.

However, not all of us have the time or the money to take two to four weeks to dig into the American landscape with our best friends and a killer soundtrack in tow. That said, I might not be able to make it to the Grand Canyon, but hey, I can certainly enjoy the AmeriCONE dream with my pals Ben and Jerry. Thankfully, those of us not road trippin' have the power of TV, air conditioning, Netflix, and the almighty couch to transport us across the land of purple mountain's majesty. In yoga pants and drinking boxed wine, no less.

Pull up a comfortable seat, grab the popcorn, and make your way across America with these perfect-for-summer movies. You’ll get to take in all the sights and sounds without having to stop and ask for directions. Enjoy!

Julia Roberts is a sassy teenager from the wrong side of the tracks who falls in love with a rich boy, her sister falls in love with the father of the kid she babysits, her other sister can't deal with her scummy boyfriend, and Matt Damon makes his film debut... aaaaand there's pizza. Lots and lots of pizza. This movie defines cheesy.

Just don't watch this Martha's Vineyard-set flick while you're at the beach, okay?

When you want to feel equal parts child-like and equal parts pretentious, this Maine-set movie is here for you.

Because summer is also the time for thunderstorms and horror movies. This Philadelphia original still holds up... and can scare the crap out of you.

For everything that is John Waters and Baltimore.

It's nearly impossible to pick just ONE New York movie. But of all the New York movies, Ghostbusters takes the summer movie cake (and slime).

Sometimes Texas isn't all gun-slinging shoot-'em-ups. Sometimes it's just boring towns and the end of high school... and Matthew McConaughey.

If you didn't love this Indiana-set movie growing up, you might be dead inside.

Never been to Chicago? Let Ferris Bueller be your guide!

Not include this movie on a must-see list? AS IF!

If Dr. Mindy Lahiri has taught us anything it's that this movie is perfect.

Every summer watch-a-thon needs a terrible natural disaster film. This might be the best/worst.

Enjoy your virtual road trip, everyone!