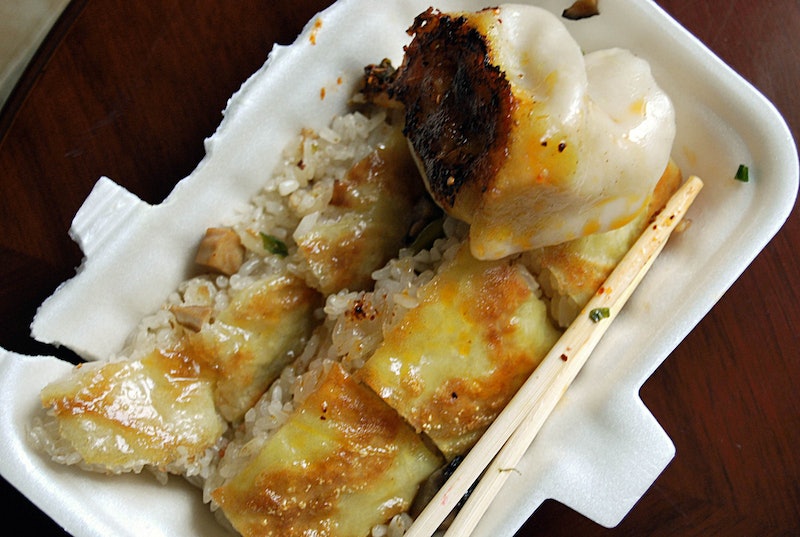 "No lazy, crazy or selfish people are allowed," Mealku states on its Web site. Can a relatively new business venture really afford to be so picky? Well, yes, because Mealku is not your average start-up, and isn't even really a business. It's a member-based food-sharing cooperative whose exchanges are based on credits, called Kus, instead of money.

Mealku, which started last summer, has grown quickly, and now boasts a "few thousand" members, plus 31 bike messengers and eight full-time staff in New York City, with the goal of expanding to other cities later in the year. The venture originated in the mind of Ted D'Cruz-Young, founder of the marketing agency Ideocracy, and functions by having members set up profiles and earn credits by cooking food that other members order and get delivered to their homes. Those credits can then be used to "purchase" meals (or desserts!) cooked by other members. Although the meals are essentially free, members pay a $7.75 transportation fee every time they order a meal, which pays for a fleet of bicycle messengers and the 24-ounce biodegradable bags to store the food, among other overhead expenses. But the organization is essentially a non-profit — it doesn't set out to make money on purpose.

However, Mealku has continued to grow, it offers an opportunity for local chefs to gain publicity and make some money, if not a large paycheck. For every 100Ku you earn through cooking, the website says you can cashback $80. Given average meals earn cooks about 10 to 14 Ku per portion, that averages out to a a $7 payout per meal, which can add up.

And for the people consuming meals or just cooking to earn credits to get other meals cooked for them, Mealku ends up being worth the exchange. The number of options is vast, and ranges from gourmet to comfort food, with the option to only choose from meals that fit your dietary restrictions. Here's a look at Mealku's website setup:

One outstanding question that Mealku has had to face: With meals being prepped by strangers without supervision, what's the deal with health and safety? The New York City Department of Health and Mental Hygiene told The Atlantic that "they consider people who offer meals to the public for money to be running food service establishments in need of permits" and that "being a member of a cooperative does not make a difference." However, since there is no commercial exchange for the actual meals, D'Cruz-Young said he believes the food preparation doesn't need to be overseen by the city's health department. "It's not a commercial transaction, this is an exchange," he said. "No one's buying food. We know the legal standing."

And Mealku does other things to ensure the safety of its users. New cooks' kitchens are evaluated by "welcome cooks" who visit the cook's home to look through fridges, cupboards, etc., paying close attention to expiration dates. New cooks also have to take an online food-protection course. But mostly the system is based on trust, and user ratings of cooks on their profile pages. And fans of Mealku don't seem to have many worries. After all, it's not so different from eating food at a potluck or a bake-sale.

Curious? Mealku also has a YouTube channel featuring videos made some of the cooperative's more active chefs telling personal stories and sharing tips, like this one: