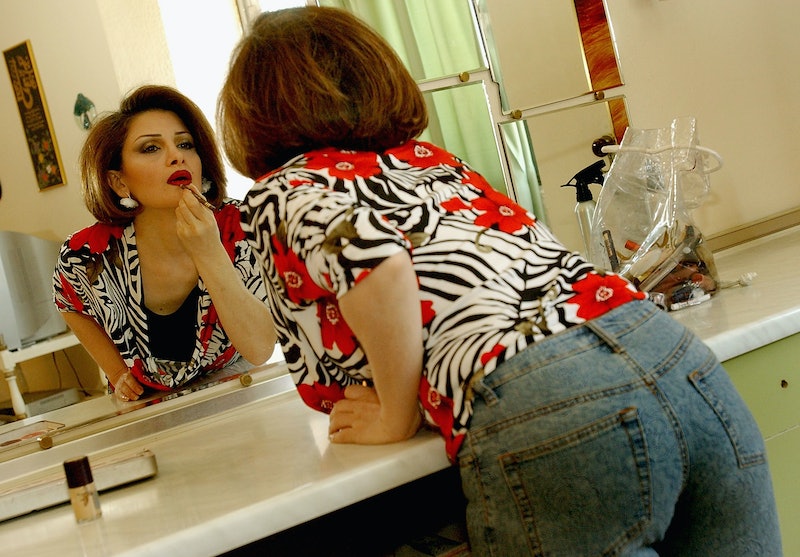 While I usually don’t like to generalize, I feel confident saying that every American child who was born in the 1980s in a home with a television has a deep soft spot in their hearts for 1990s commercials. While nowadays, it’s easy to tune out advertisements by switching over to another tab in Chrome, our only options in the mid-90s were to either switch to another channel (and risk missing our show), mute the TV (and risk missing our show), or suck it up and actually watch the commercials. And did we ever watch those commercials.

Most of us have more than a few commercials from our youths permanently lodged in our memory. For example, I’ve thought about the “Mr. Bucket” theme song at least a couple of times a month for the last two decades, and I’m not exaggerating. And yet our nostalgia can sometimes blind us to the truth, which is that plenty of the ads in the 90s were actually flagrantly, unabashedly sexist. (Not the Mr. Bucket one, thankfully.)

It’s understandable that we might have missed the subtexts in these commercials at the time, both because America wasn’t as progressive on gender back then and because we were 8 years old. But now that we, and the country, have grown up a bit, we’re going to take a look at some of the worst sexism in 1990s commercials. Prepare to be scandalized.

“Why do gentlemen prefer blondes?,” the narrator of this classy Budweiser advertisement asks as a shapely blonde woman flirts with the camera. The on-screen text quickly informs us that that’s a “dumb question,” which would be bad enough on its own — but then there’s more. We then cut to a shot of a woman yelling into a phone, stomping her heels against the carpet beneath her feet as the man on the other end exasperatedly shakes his head. The ad ends with the advice that “true love isn’t the answer,” followed by a scene of a woman gesticulating angrily as the man next to her rolls his eyes.

Take-home message: Women are sexy, yet unbearable and annoying.

It’s usually not a good sign when an ad begins with a woman getting smacked in the face and falling motionless into a pool, even if she does happen to be a Barbie doll. But that is indeed the opener Nissan went with for this one. It’s also kind of demeaning to suggest that Barbie would be completely incapacitated just by getting hit with a beach ball, but the cartoonish “thwack” sound effect makes it clear that yes, she’s knocked out cold. In any event, she’s basically ignored for the rest of the ad, which centers around a G.I. Joe heroically coming to her rescue while a wussy Ken doll struggles to put on a life preserver.

Take-home message: Be a man! There are women out there who need saving!

The premise of this frenetic 1995 spot is — wait for it — that a woman in a burning building needs to be saved by a muscular guy! At first she’s reluctant to go with him, but then, he drops his pants and (presumably) reveals his member, which causes her tongue to flop out of her mouth as she falls to her knees in shock. The execution of this one is just weird. It’s claymation (remember that?), which automatically makes everything in it a bit more off-putting, and the soundtrack features the phrase “Mr. Lover Lover” over and over, thus equating male sexual prowess with basic competence. If you forgot about this one over the years, consider yourself lucky.

Take-home message: Be a man! There are women out there who need saving! And if they refuse, flash them and they’ll be convinced.

“I’d like to be soap-on-a-rope in Claudia Schiffer’s shower,” says the protagonist (if you want to call him that) at the beginning of this ad. That sentence tells you almost everything you need to know about the commercial, but there’s a twist: After his wish has been granted, and he’s literally been transformed into a bar of soap, he’s shocked when the woman who comes in to take a shower is not Schiffer, but a morbidly obese woman! He screams in horror as she washes herself with him, producing nauseating gurgling noises from him. It closes with the catchphrase “change the script,” which Pepsi should have done before filming this commercial.

Take-home message: Fat women are hideous, disgusting people who should be avoided at all costs.

Yes, “The Freshmaker” is guilty of a bit of outmoded sexism as well. On the one hand, you could argue that this commercial is empowering, since it features a woman taking charge and thinking outside of the box. On the other hand, the central premise is that her heels have broken in front of a man, and that she has to think quickly and save face lest he start mocking her. She prevails, of course (thanks to the Mentos), but is that really a victory we should be celebrating?

Take-home message: Make sure your heels have a sturdy foundation before you appear publicly in front of men.

More like this
12 ’90s Movie References You Missed In 'Do Revenge'
By Radhika Menon
10 Stranger Things-Inspired Halloween Costumes For True Fans
By Emma Carey
What Does Nancy Jo Sales Think Of 'The Real Bling Ring'?
By The Editors
Twitter Is Unravelling Over Wolverine’s Return For 'Deadpool 3'
By Darshita Goyal
Get Even More From Bustle — Sign Up For The Newsletter