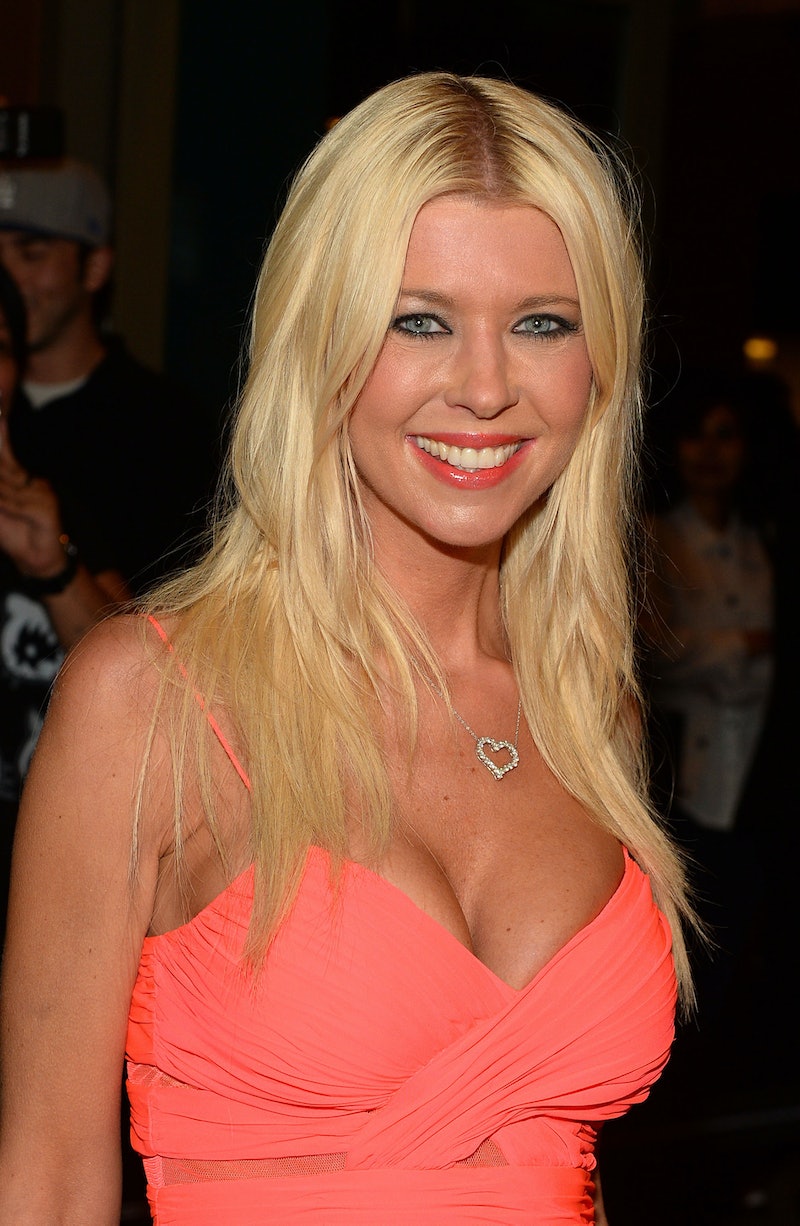 I speak for all of us when I say I was extremely excited to see Tara Reid make an epic comeback in the much-discussed Syfy movie Sharknado . Anyone who saw (and loved — c'mon, don't lie) Josie and the Pussycats and thought Reid was just a really talented character actress, well... just kidding, she isn't. But that's what made her Shark After Dark appearance so brilliant on Tuesday night. Reid talking about whale sharks might be the best thing that happened during this whole entire Shark Week. (And if you've been keeping up with my coverage, you know I take Shark Week very seriously). Don't believe me? Watch the video of her appearance embedded below, and read five reasons why.

1) "I learned a little education about sharks."

Oh my god. And you probably should've continued on to a little education about grammar and vocabulary? CLASSIC TARA.

2) The bit where she intuits that whales and sharks can't have sex, because whales are mammals and sharks are... animals.

These jokes just write themselves. You start to wonder at this point whether Reid can actually read, and if she can, where is she getting her information? Sharks are animals, but animals can't be mammals? What?

Wow, a face is worth a million words with this one. Also, the former Beverly Hills, 90210's pithy little interjection about whether or not she's seen tiger sharks immediately clues us in to the fact that Reid is literally the only person in this scenario who doesn't realize she's making an ass of herself. And it's glorious. Ziering's face should win a daytime Emmy for this. I'm being totally serious.

4) When she says that whale sharks are scary because they're the biggest sharks in the ocean.

But if she'd kept reading, she'd have also noticed that they don't have any teeth and strictly eat krill. Like a whale. Which is why they're called whale sharks. Of all the sharks, whale sharks are probably the least scary by a mile, mostly because they can't/won't chomp your leg like a breadstick in the mistaken hunt for a nice seal to eat.

5) That this is the best press whale sharks have gotten, like, ever.

Because whale sharks are the most criminally underrated sharks of all. (Of course, I say this as a serious whale fan.) But, digressing, Shark Week focuses solely on the bite-y, seal-munchin' kinds of sharks. Where is the coverage of sharks that float, hang out with divers, and float around a bit more? Nowhere, and it's a damn travesty. Whale sharks are freaking adorable, and they are not the result of whales and sharks mating. They're like huge gentle catfish, which is something the world should know. End rant. Whale sharks and Tara Reid 4eva.