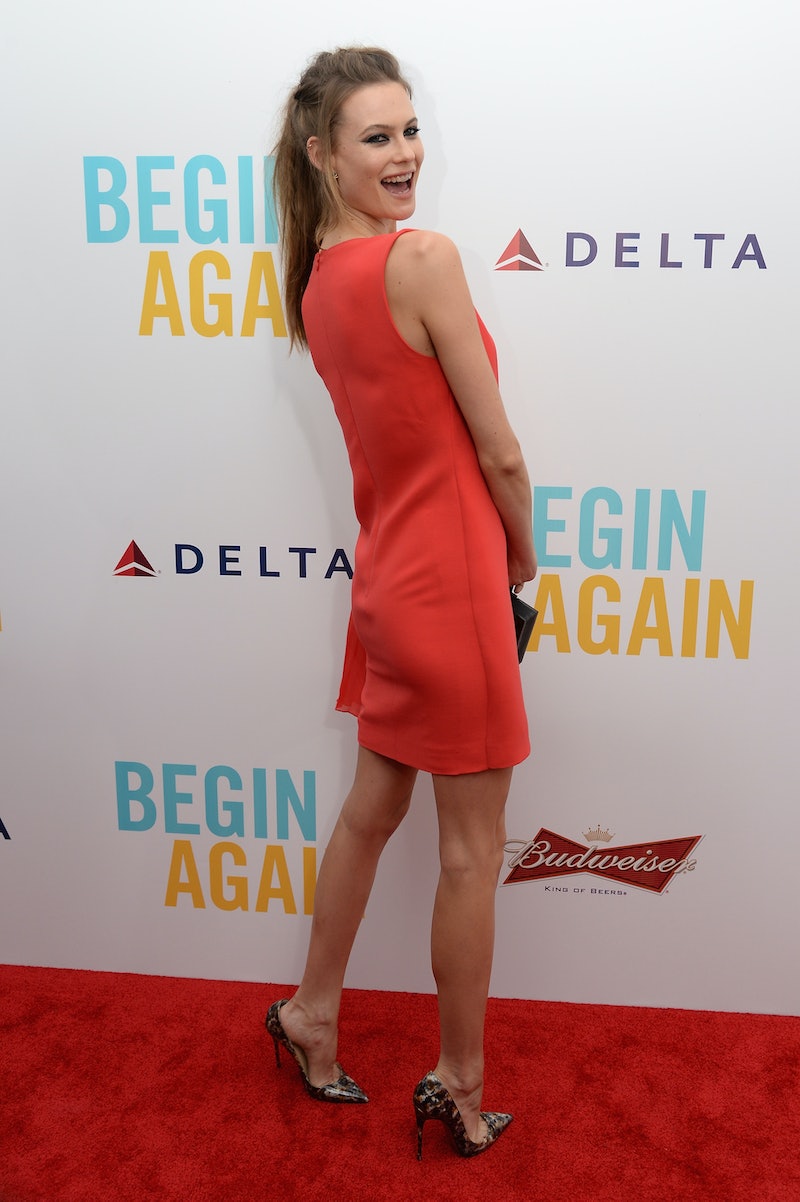 Many women mourned the loss of their imaginary boyfriend on Sunday as Adam Levine married Behati Prinsloo. The very lucky Prinsloo took his hand in marriage during a ceremony in Cabo San Lucas, Mexico. The details are just beginning to creep their way into the media, but sadly that has yet to include a peak at what the blushing bride wore to marry the man women all over the world are still drooling over. Like most celebrity weddings, the details have been on lock down since the engagement.

If you simply cannot wait to see the real deal, these tidbits from People magazine may help curb your craving. According to People, Prinsloo settled on a custom made Marchesa gown. It was not an easy task for the bride as many designers were more than ready to dress the Victoria's Secret model for the big day. The deliberation must have been painful, but at some point Prinsloo was finally able to place her trust in Georgina Chapman, one of co-founders of the Marchesa label. It has also been reported that Levine's bride-to-be had to endure several fittings to get the dress just right. Including her final fittings a few weeks ago while Levine was away shooting his newly released film, Begin Again.

So many questions still remain with so little detail provided. Did the dress have lace? Long sleeves? Tulle? These are the questions we need answers to, and fast! However, like all celebrity weddings, there is no telling when we will get to see even a flash of the bride in her gown, but for now you can sit and dream up an idea of how Prinsloo looked like during the festivities. And, secretly imagine what YOU would want to look like if the roles were reversed.