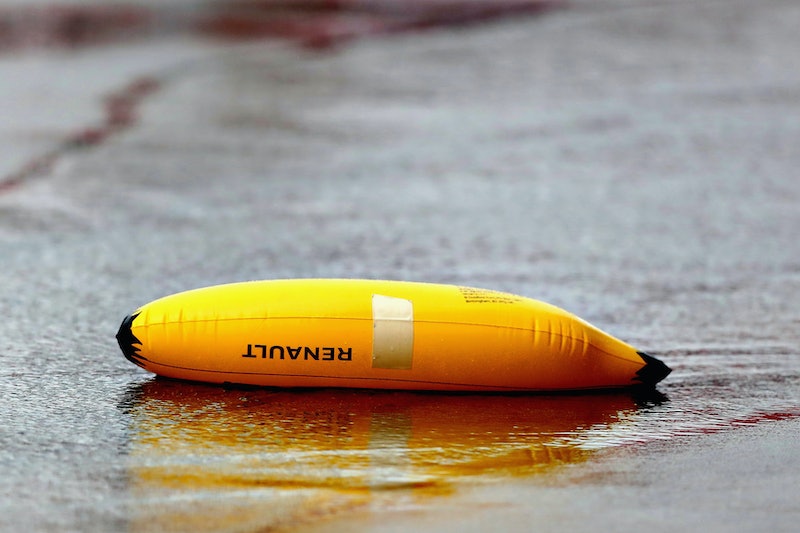 Odds are you’ve wondered at least once in your life whether the size of a dude’s penis actually matters. Does a bigger one make someone more attractive? Does it make them better able to pleasure their partners? Good thing the folks at ASAP Science have us covered! Their YouTube channel is well known for their hilarious and informative videos, and this one explains the ups and downs of penis size with the help of a whole bunch of creative white board doodles. The short answer: Yes, but probably not for the reasons you think, and only to a certain extent.

The argument for large penises starts with this fun fact: Humans have the largest penises of any primate. First off, congratulations, humans! That’s quite an accomplishment! Second off, it kind of makes the penis like the plumage of a male peacock: Because bigger ones originally gave us an evolutionary advantage, straight women likely developed a preference for them (a phenomenon known as “sexual selection”). Larger penises also tend to be better at clearing out sperm from other partners, which means there’s an evolutionary advantage there for men, as well.

Furthermore, it’s true that in some studies, women have reported more vaginal orgasms with longer penises — but, it’s also worth noting that vaginal orgasms are just one type of orgasm women can have. Evidence suggests that vaginal and clitoral orgasms are totally different, occurring for different reasons, involving different parts of the brain, and even feeling different. In case you needed proof that there’s more to sex than just P-in-V intercourse… well, there you have it. Motion of the ocean and all that.

The video itself has loads more information, so it’s worth watching (as long as you’re in a position where NSFW content is okay, because, I mean, we’re talking about penises, here)—it also goes into what men and women actually think about penis size, and how flaccid penises fit into the whole picture. In spite of the evolutionary advantages to large penises though, there’s a limit to how attractive size is; there comes a point where bigger is not necessarily better. Proportion seems to be important — as does the person attached to the penis. The lesson to learn: A glorious dick will only get you so far. If you’re a jerk, not even your anatomy can help you.

And hey, as ASAP Science notes at the end of the video, at least humans don’t have any of these other animals’ crazy genitals. Who knew that duck sex was so nuts?