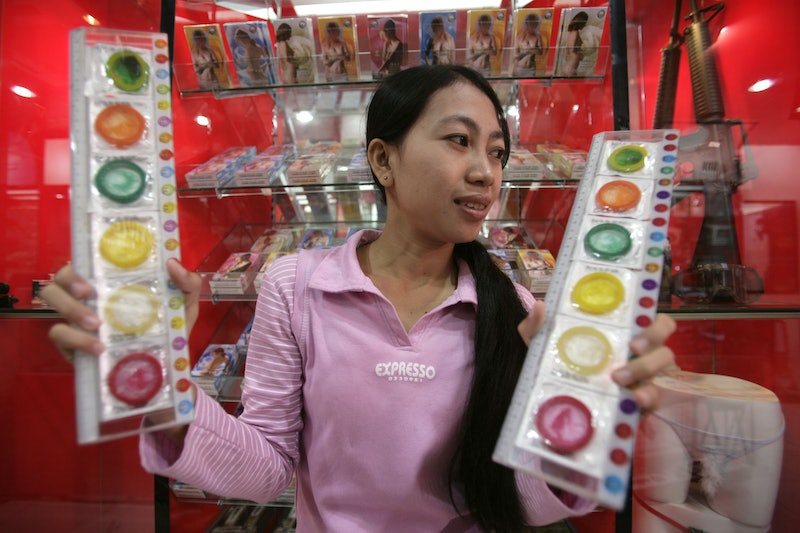 Didn't anyone pay attention in health class? Nearly a third of young women use “withdrawal” as birth control, according to a new study from Duke University Medical Center. After analyzing data on the habits of 2,220 sexually active 15 to 24-year-old U.S. women, researchers found that 31 percent of the women had used coitus interruptus for birth control at least once.

The study, which will be published in the upcoming issue of Obstetrics & Gynecology, confirms what many would assume: Pulling out is less effective than other forms of birth control. Surprise! About 21 percent of the women who used withdrawal experienced unwanted pregnancies, compared with 13 percent of those using other methods of birth control, like condoms and oral contraceptives. Withdrawal users were also 7.5 percent more likely to have taken the morning after pill.

So why are so many women using a method that is so unreliable? Withdrawal might be risky, but it’s also free and convenient.

“Many contraceptives are short-acting and require a lot of action on the part of a woman,” said Dr. Kari Braaten, an obstetrician-gynecologist at Brigham and Women’s Hospital who was not involved with the study. “Using a condom, having a condom, going to the store or pharmacy to get one. Refilling the pill, taking it every day, getting a prescription refilled. Travel and moving. So many issues make these contraceptive methods difficult to use or to be consistent about.”

Maybe if IUD-shaped earrings and condom-dispenser phone cases become a thing, we’ll all feel less awkward about taking that trip to the pharmacy.