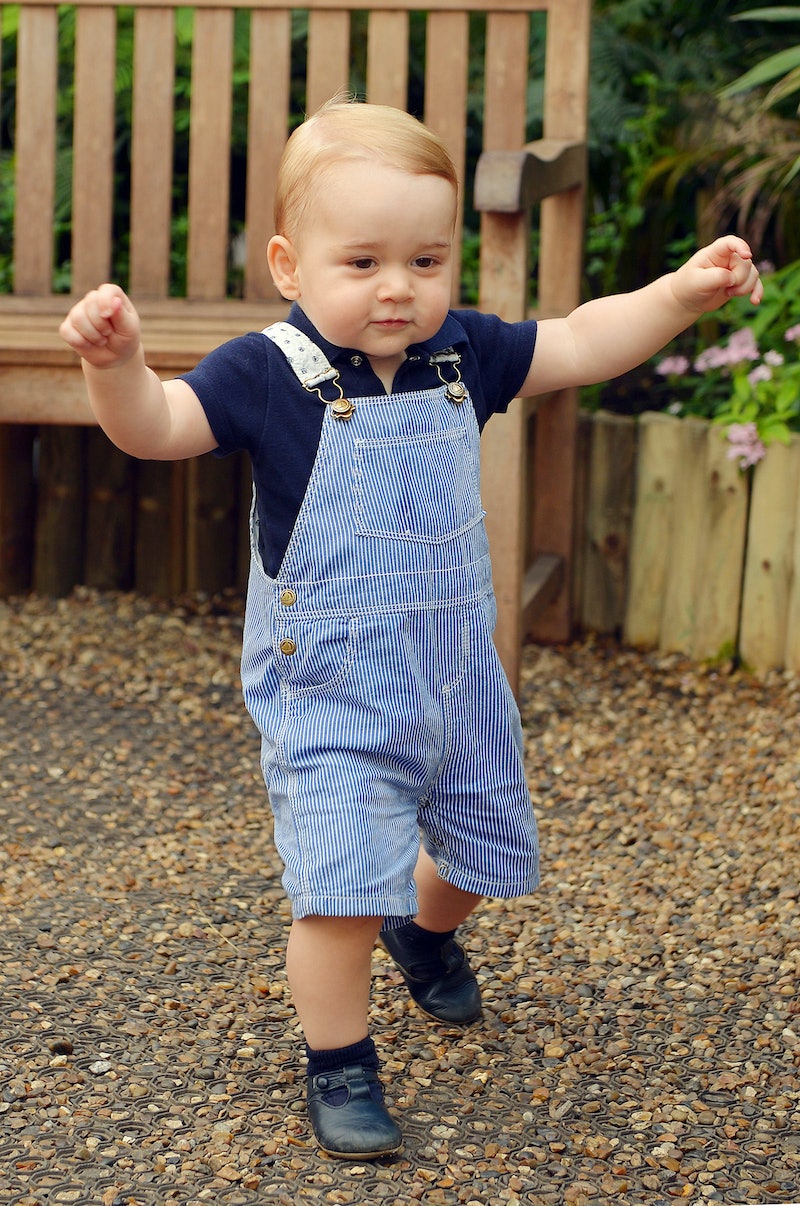 Happy Birthday, Prince George! Somehow, you managed to make it through your first year of life unscathed. You fought against various hardships and are likely a stronger person for it. Heck, look at you, already walking before 12 months. That's no easy feat!

Just kidding. You had a rad first year, little dude. You've been to places few will ever travel to; a Duchess wipes your spit-up; oh yeah, and you're going to be the King of England one day. All in all, it's safe to say that everything has come up George thus far in your life. And it'll probably only go up from here.

As for the rest of us peasants with lives that will never rival the royal toddler's, we're all probably wondering what to get the little prince, right? I mean, what kind of society have we become if random strangers can't buy the future heir to a throne gifts they may or may not be able to afford? We may be a far cry from the civilized folk our ancestors were, but Christ, we're not animals.

So. What to get Prince George for his birthday? To be honest, no clue. We're all on our own for that, but I do have an idea of few presents we definitely shouldn't buy for him — all but told to me by Kate Middleton herself.

A Gift Card for the Gap or Something

Did you not hear? The Duchess would like DIY gifts for her son, for crying out loud. Nothing screams, "I picked this up on the way over" or "I really just don't have time for this crap" more than a gift-card. (Note: especially don't think about giving a gift card for a free hug or a massage. That would be extra lazy and creepy.)

If you insist on purchasing clothing for Prince George, please be advised that it's best to stay away from braggadocious types of garments. This includes bibs that proclaim "his aunt is hot and single," and t-shirts that advertise that "his father can beat up your father." It's not the royals' style to be so brazen about these types of things. They like to play it close to the vest. Also, probably best to stick to neutrals, as that's what Kate reportedly likes.

Sure, Prince George will probably love it, but will Kate and William? Doubtful. Their apartment only has about 15 bedrooms, people. Where the hell are they going to fit something like that? (And look, does this baby even look like she's enjoying the thing?)

In the same vain as the giant stuffed animal, a noisy toy is something Prince George will likely love, but the Duke and Duchess will likely hate. Noisy toys are annoying to parents, so if you do buy decide to buy something of this nature, be sure to include a note that reads, "Only to be taken out when in the nanny's presence. Or Queen Elizabeth's."

Here's to many more, Prince George!