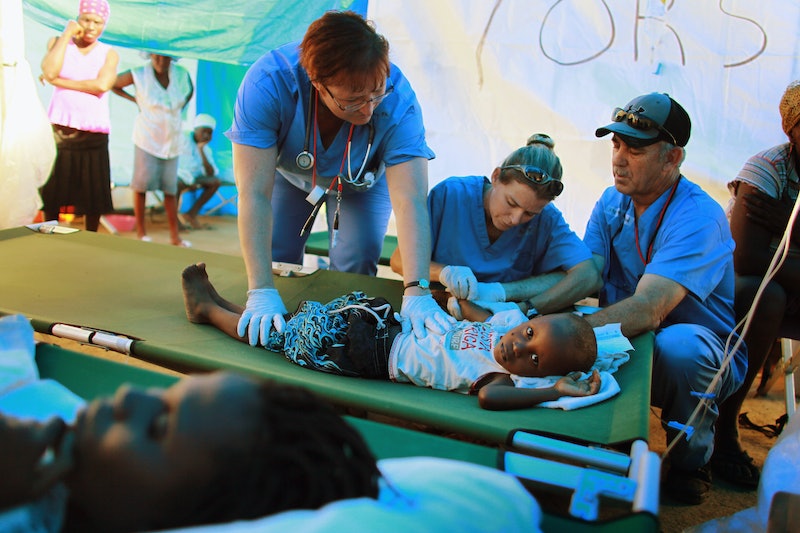 Researchers from Yale Law School released a report Tuesday that claims there is a large enough amount of scientific evidence to show U.N. troops from Nepal inadvertently brought cholera to Haiti in October 2010. The report, titled “Peacekeeping Without Accountability," calls for international body to take responsibility and respond by "providing a forum to address the grievances of cholera victims.”

What kind of response do the researchers think would be appropriate? The report lists several actions that they think the U.N. should undertake, including claims commission, a public apology, support for victims, and adequate funding for the prevention and treatment of cholera.

However, the U.N. has said it enjoys legal immunity from such claims, and has already refused a Boston-based human rights group that previously sought compensation for cholera victims. By refusing to take responsibility for its role in Haiti's cholera outbreak, “the United Nations violates the very principles of accountability and respect for law that it promotes worldwide,” the report said.

Yale's report isn't the first to lay blame on the U.N. for the cholera outbreak in Haiti. Other scientific papers have also suggested that cholera began to spread in Haiti shortly after a battalion from Nepal arrived. How? It seems that a local contractor didn't properly sanitize the waste of a U.N. base, and the bacteria leaked into one of Haiti's biggest rivers.

Health officials say Haiti’s cholera outbreak has since killed more than 7,500 people and sickened 578,409 others in the past three years.

Also on Tuesday, the U.N. mission in Haiti and the Haitian government renewed a funding request for the Humanitarian Action Plan, which seeks $39 million in emergency donations to help two million Haitians vulnerable to cholera, hunger and natural disasters.