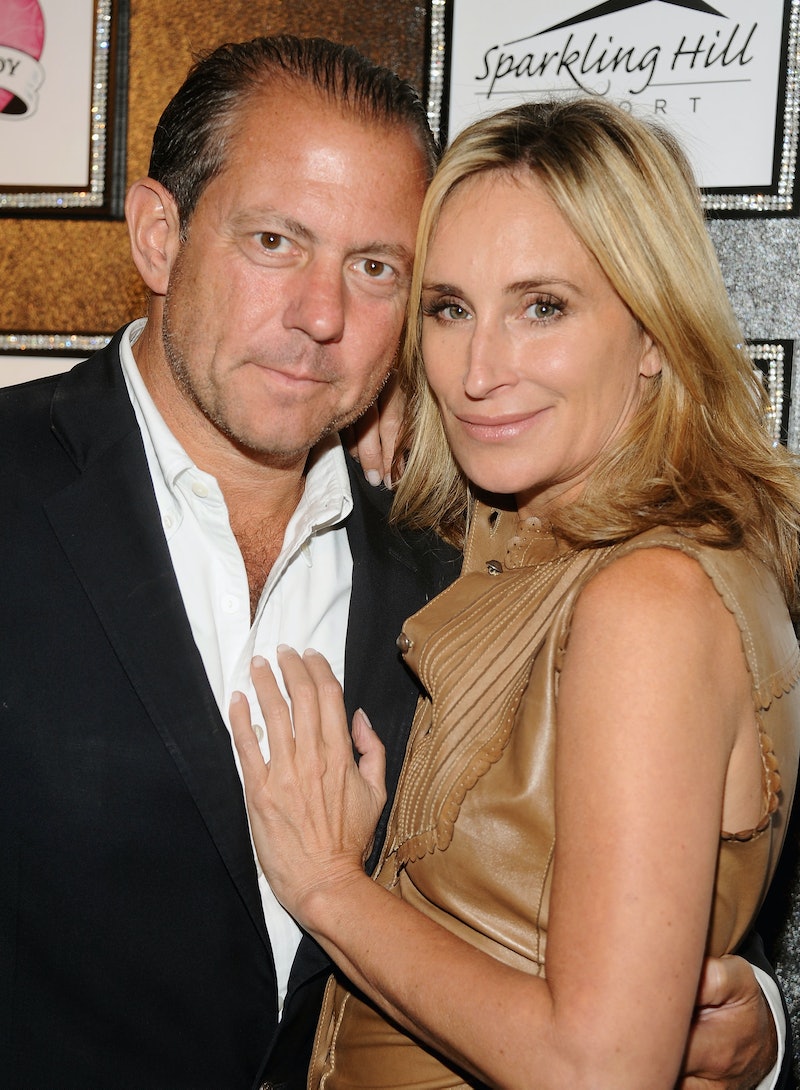 So far, the sixth season of Bravo's Real Housewives of New York has been a knockdown, drag out BRAWL. Not a single housewife has made it out without a fight. But the hardest part has been seeing the constant fighting tear apart the friendship between two favorites, Sonja Morgan and LuAnn de Lesseps. The two got into it at Carole's epic fiftieth birthday party. Sonja brought boyfriend/friend with benefits/one who got away Harry Dubin, also known as Aviva's ex-husband and LuAnn's ex-hookup. LuAnn, trying to keep a brave face, confessed to the girls that she broke up with long-term boyfriend Jacques and was newly single. But Sonja was shocked and hurt when Harry left without her, right around the same time as LuAnn. It seems like the Countess may have spent the night with Harry. This could mean Sonja’s psychic may very well have been right and LuAnn is a "devil in disguise."

It's sad to see all of this fighting between LuAnn and Sonja because they've been frenemies and costars for a while now. While both have dated Harry in the past, how could a man ever come between these two? They snipe at one another, but they also care about one another. And they gossip. Both of them LOVE stirring the pot.

Sonja went after LuAnn while she was vulnerable and feeling down about losing her relationship with Jacques. She started to berate her because LuAnn didn't tell her soon enough. LuAnn mentioned it to the other girls what seemed like minutes earlier, when it came up in the conversation organically. Sonja attacking her while she was feeling so exposed could only add to the growing animosity between them. If Sonja's gossipy facialist shouldn't be enough to fight over (and she isn't), then the semantics of when LuAnn told Sonja about her breakup shouldn't be either.

The bigger problem is that on the very same night Sonja admitted she was falling for Harry in a serious, potentially exclusive way, LuAnn intercepted and potentially spent the night with him. That's not cool, no matter how mad you are at a friend or how much she's annoyed you the past few weeks. It's hard to see the glow of new (well, sort of new) love when you're suffering through a recent breakup. But here's what you do: cry it out a little, get a few hugs, reapply your mascara, get a dozen drinks, and focus most of your time with the rest of your friends. Come on, Countess. It's etiquette 101: Don't Hook Up with Your Friend's Boyfriend Who Also Happens to Be Your Ex After You Have a Bad Breakup.

While it’s easy to be skeptical about Harry's motives, he's known Sonja for a long time, and they seem to have an understanding. Sure, point to how many times Harry has flirted with other women — and then multiply that by a thousand and that's how much Sonja has hit on random ranch hands, delivery men, and recent college grads.

There's something weirdly endearing about their realization that they're the last two people among their friends with high enough libidos to satisfy one another. That said, his fauxposal was embarrassingly weird, and he seems more comfortable proclaiming his love for Sonja on Twitter than to her face.

And if Luann did proposition him, why did he accept? Even if all she needed was a ride home, why couldn't Harry have given Sonja a heads up first? For what it's worth, Harry claims the suggestion he hooked up with LuAnn was fabricated by Bravo editors. But other sources are suggesting the promise ring is what was faked. Hmm… It wouldn't be the first time a reality show tried to drum up drama in anticipation for their finale. But both Sonja and Harry are insisting that it's true: they're really in love. Hopefully we'll find out during the finale what really happened and if LuAnn and Sonja's friendship can survive.

This picture from LuAnn's Instagram was posted this March of the two hanging out at Sonja's premiere party. Could be a sign that the two put the love back in their love-hate relationship after such a punishing season of RHONY.