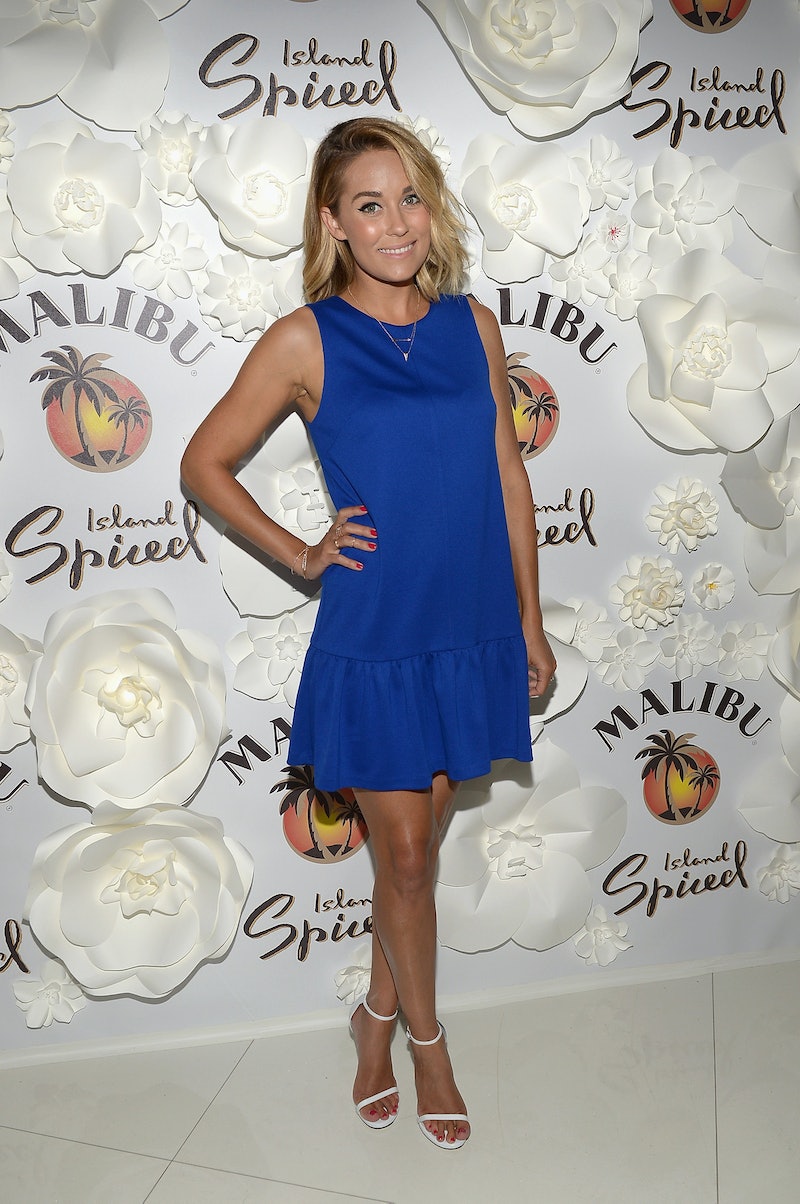 It looks like someone has been sipping on that Lauren Conrad haterade. More specifically, in an unprecedented dis to everyone's favorite former reality star, Allure magazine labeled Lauren Conrad as a "basic" girl. Yes, you heard that right — basic. No, I can't even fathom such a derogatory statement to someone who has been the reigning queen of Southern California for the past ten years, either. Except maybe from a Kristin Cavallari sympathizer, but like, who knows any of those?

It's certainly a bold claim to be made, considering Conrad is usually lauded for her poise, style, and maturity despite the antics of her reality TV costars. It even caught Conrad off guard, because who the hell has ever doubted her before? In a very tasteful response to her "basic" revelation, L.C. turned to Twitter to sort out her feelings on the issue. "I definitely just got called a basic b*tch! Haha! Sausage curls!? Really @Allure_magazine?" The Cali girl turned business woman has had her life on display from her senior year in high school, so I think by now she knows a thing or two about how to present herself. Plus, I'm fairly certain I haven't witnessed anyone, let alone a celebrity, rocking the sausage curl hairstyle since my communion in 1999.

But, just because Allure Magazine says it doesn't mean it's so. We've known Conrad for a decade now and we know she's anything but basic. I learned how to straighten my hair, rock a headband, and not take any shit from a cute surfer boy just because he has nice abs and a tan, by watching her do it all so effortlessly on Laguna Beach. That's gotta count for something. So I've taken the liberty of defending our girl L.C. to the haters.

WOULD A BASIC BITCH DO THIS?

AND WOULD SOMEONE WHO WAS BASIC BE THIS PROFOUND?

WOULD A BASIC GIRL LOOK SO EFFORTLESSLY FABULOUS IN A LOW PONY?

AND WOULD SOMEONE WHO WAS BASIC HAVE THIS HIGH OF STANDARDS?

AND WOULD SOMEONE WHO WAS BASIC DELIVER AN INSULT SO EXPERTLY?

BASIC BITCHES DON'T ROCK A SIDE BANG THIS WELL

...OR PUT ON MAKE UP SO FABULOUSLY

AND SOMEONE WHO WAS BASIC WOULDN'T BE SO ADAMANT ABOUT THIS

Don't listen to the naysayers, L.C. You're fab.