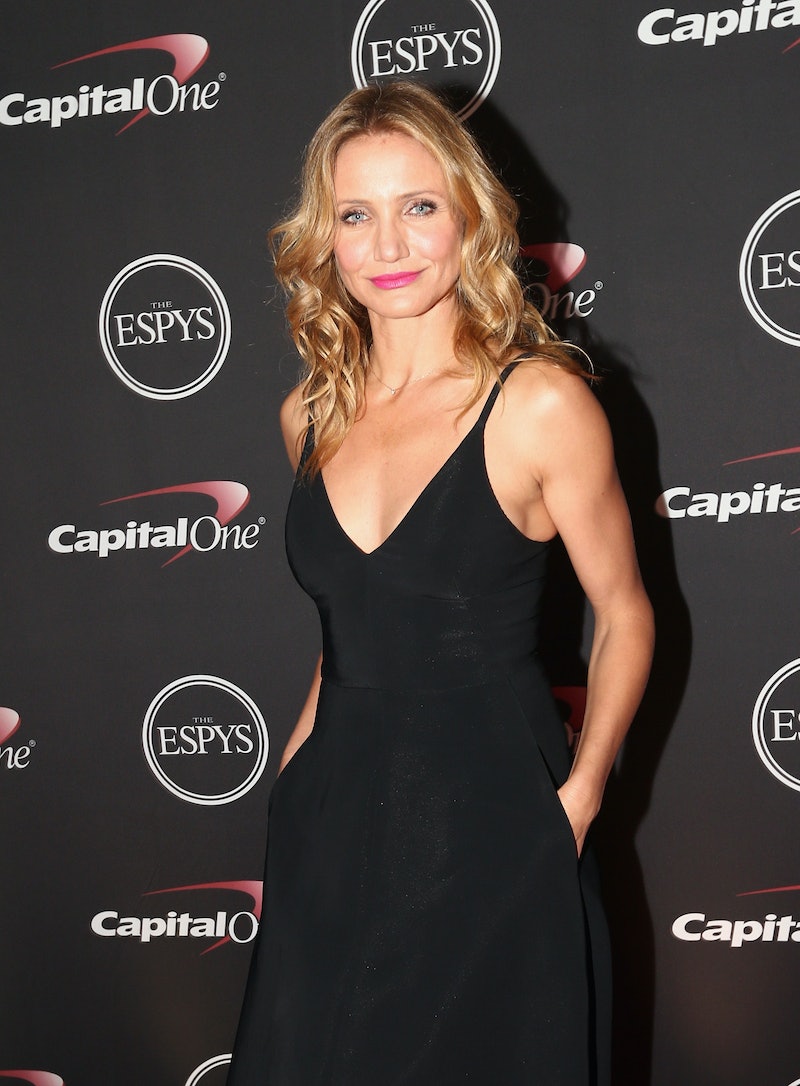 Whilst doing promotion for their new film, Sex Tape , which got both terrible reviews and did wildly poorly at the box office, Cameron Diaz and Jason Segel called into a radio show in Australia on Monday. The interview was apparently going great and everybody was laughing and yucking it up, but then the one of the hosts made a comment about Diaz's BFF Drew Barrymore, and things got majorly awkward.

During the segment, one of the hosts, Jackie O, mentioned to the actors that the girl who plays their daughter in the movie, Giselle Eisenberg, kind of reminded her of a young Drew Barrymore, circa her E.T. days. "Aw, yeah!" Diaz said. "She does, now that you mention it. And she's as bright and lively as Drew is, as well. She's a sweet little girl." But then Jackie O's co-host, Kyle Sandilands, mistakenly added, "Let's hope she misses out on the Drew Barrymore drug years, because those were a great thing to watch, but not so good to be in, I'd imagine."

Trying to save the interview, Jackie O said, "What doesn't kill you makes you stronger." But it was too late. They had already lost Diaz.

The blonde beauty remarked, "I'm sure, Kyle, you've never been through a drug phase, have you? Or alcoholism or anything like that? Pretty clean… always did it right? Congratulations.” She then quickly got off the phone, saying that they were being "wrapped up." Ouch. Way to clear a room, Sandilands.

Clearly, having Cameron Diaz as a best friend is awesome. The actress is evidently fiercely loyal to the people she's close with. I'm wondering, though, if simply not responding to the asinine comment and cutting the interview short would have been enough. The point certainly would have been made, and perhaps it would have been done in a way that was a skosh more professional and high roady?

Oh well. What's done is done. At the very least, hopefully, Diaz taught the radio host a lesson: never talk smack about a lady's BFF, dude. What's wrong with you?