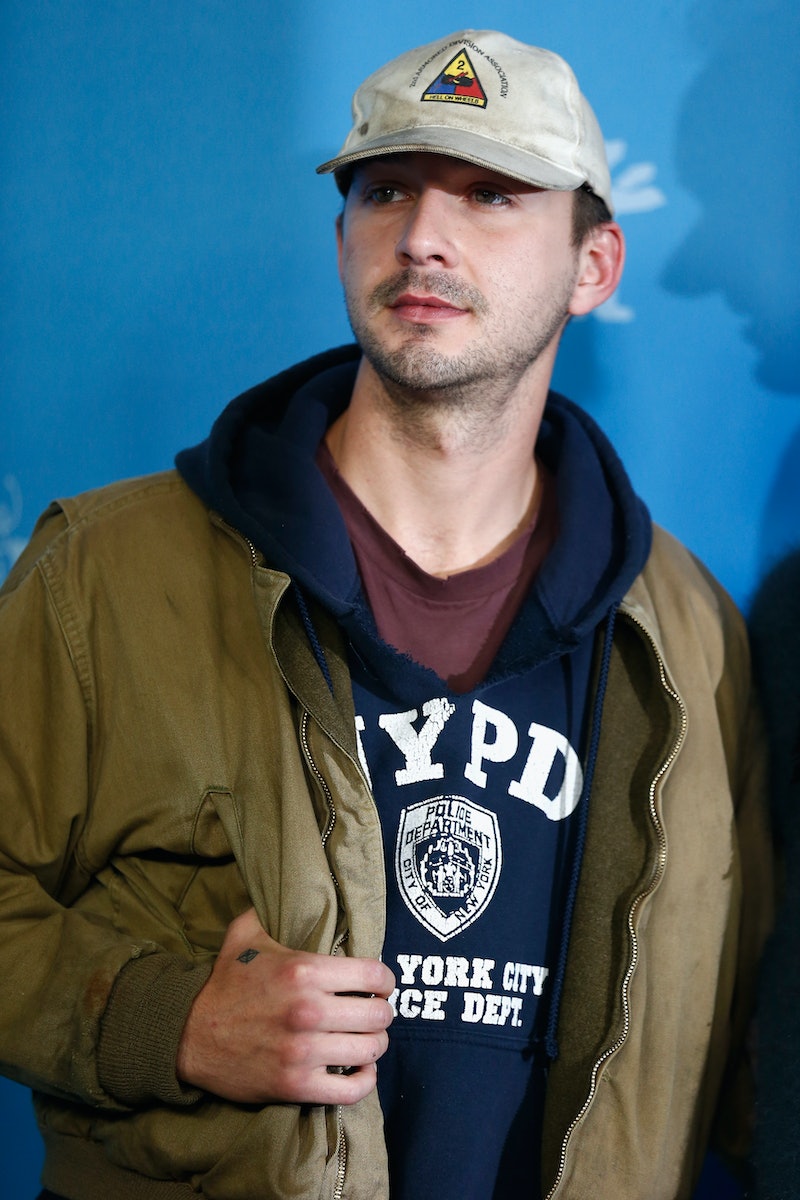 Hell hath no fury like Brad Pitt's reputation. At least according to Shia LaBeouf. As many know, LaBeouf has had a teense of the train wreck disease lately. From urinating on restaurants to being arrested outside of Broadway shows to egregiously plagiarizing other people's work, the dude's a fantastically hot mess. And he blames a lot of his unsavory behavior on an alcohol addiction, something he has had trouble dealing with. LaBeouf reportedly is gaining control of his issues and taking his sobriety extremely seriously as of late — and he has Brad Pitt to thank for that. Well, not directly. But basically Shia is scared of Brad... as he should be. This is Brad Pitt we're talking about, people.

Pitt and LaBeouf recently wrapped the World War II movie, Fury, and in an effort to make it so a complete jackass isn't associated with the film, LaBeouf has been consistent with his outpatient alcohol treatment program. According to TMZ, the "thought of embarrassing Brad Pitt is especially sobering for him." Good. Imagine how awkward it would be if the two actors had to sit next to each other during a junket the night after LaBeouf vomited outside The Viper Room or punched a Beverly Hills Hotel valet in the face? Brad doesn't deal in that kind of crap.

Hopefully, the Pitt Effect will last on Shia and he'll get his act together for good, as opposed to only when he's associated with an incredibly well-respected actor. Because I don't think Shia would be quite as scared to fall off the wagon if he was doing a movie with, say, Carrot Top.