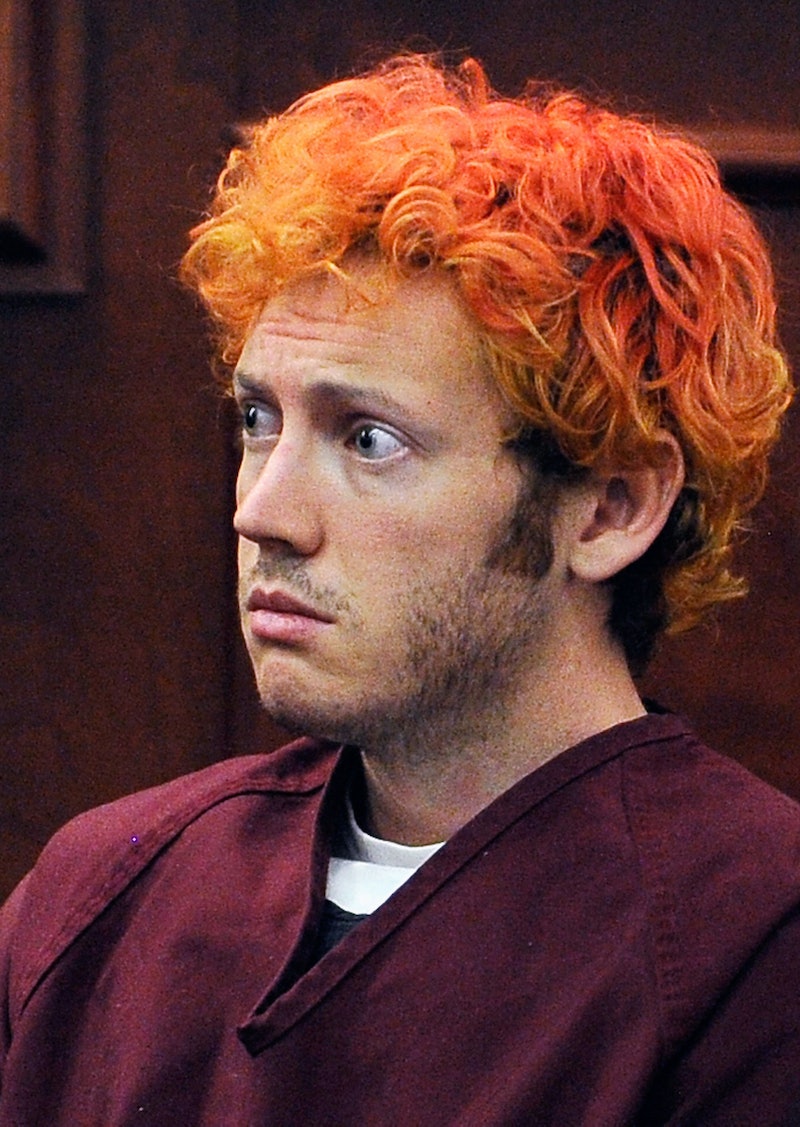 Back in 2012, the nation was rocked by a mass shooting at a movie theater in Aurora, Colorado, allegedly carried out by 24-year-old James Holmes. It's frankly shocking how much more gun violence has occurred since then — the shooting at Sandy Hook Elementary, for example, still looms large in the nation's consciousness. Two years after the shooting that preceded a screening of The Dark Knight Rises, Holmes hasn't been tried — so when will James Holmes' trial finally begin?

It's been delayed multiple times now, but here's the answer: December 8, 2014. At the very least, that's the date his trial is set to start, but it's anything but clear whether this is when the trial will actually begin. in addition to the lengthy amount of time you might naturally expect such a huge case to take — there's a lot for prosecutors to sift through, and a lot for the defense to prepare, to say the least — the trial's start date has hit snag after snag.

Back in November 2013, the trial was postponed indefinitely while the prosecution and defense argued over whether Holmes would submit to a second mental evaluation, according to the Denver Post. Now, in July 2014, the trial date has been again postponed to give a doctor more time to complete that same second evaluation.

And though the most recent delay will, understandably, be upsetting for the victims of the shooting and their families, Judge Carlos Samour wrote he felt there was no alternative.

The court also recognizes that most of the named victims likely oppose a postponement of the trial date. However, the Court has little choice but to grant the examiners request. ... This is a complicated and voluminous case, and it is important that the second examination is adequate and complete.

Holmes faces a staggering 152 charges stemming from the 2012 shooting, when he allegedly entered a midnight screening in Aurora, Colorado, dressed in full tactical gear, and opened fire on the crowd. The shooting killed 12 people, and injured 60 more. Prosecutors are pursuing a death sentence against Holmes, who has plead not guilty on all counts, by reason of insanity.