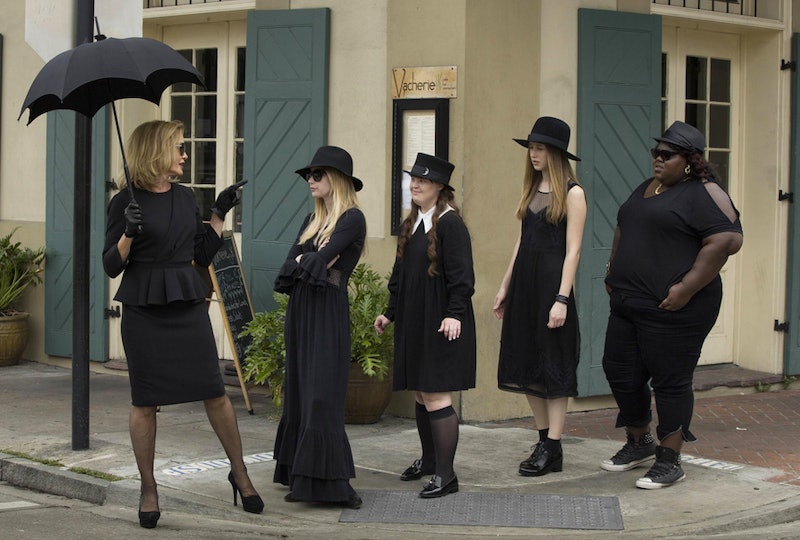 The third season of Ryan Murphy's anthology series American Horror Story certainly featured a few out-there moments. There's no doubt that the next in the series, American Horror Story: Freak Show will continue the grand tradition. But there are some things the show's tweaking in its fourth season. For one, you can expect Freak Show to dial back Coven 's camp.

It's already been established that American Horror Story: Freak Show will take place in Juniper, Florida, at one of the last-running American freak shows of the 1950s. The recent Television Critics Association press tour revealed a bit more about what was to come, though — at least tonally. John Landgraf, CEO of American Horror Story home FX, put it thusly:

Variety also reported him saying "I love what I’ve read so far. It’s not quite as brooding and Hitchcockian as Asylum."

Coven did have its very heightened moments, so it's not necessarily a bad thing that the show would step away from the campier of those for a bit. A different setting and a different story do call for a different tone, after all, and this one promises to be plenty freaky and plenty funny.

We'll have to wait until October, probably, to see what they really have in store for us.