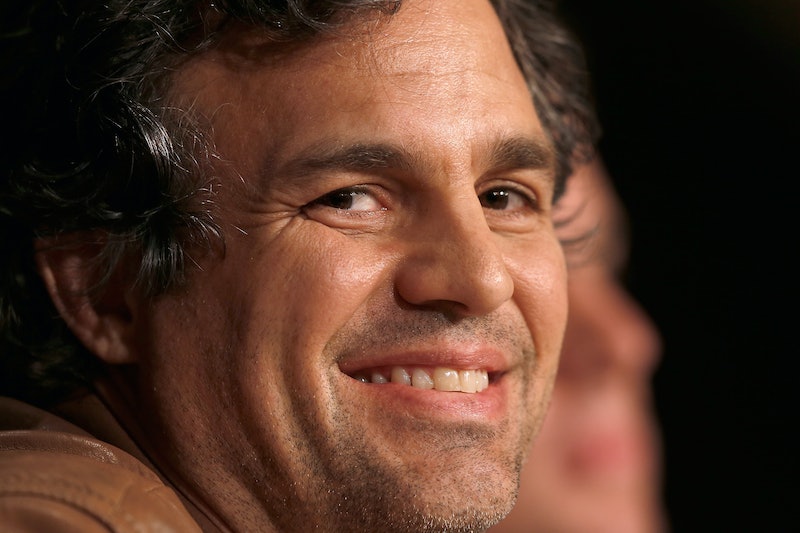 It has been established at this point that, yes, Mark Ruffalo is one of Hollywood's most appealing man. He just seems like he could be your hot science teacher or your childhood friend who grew up hot or the grubby stranger on the subway whose grub you don't really mind, you know? So what would you do if you found Mark Ruffalo's wallet?

The correct answer here is "rifle through that shit for hints on Avengers: Age Of Ultron and then return it like a good citizen of the world." And when Ruffalo did lose his wallet — in the back of a cab in Chicago Friday — at least the latter half occurred. The first half was left woefully neglected, however, because the dude who found Ruffalo's wallet had absolutely no clue who he was.

It's probably a relief for A-listers when they find themselves interacting with people who don't recognize them or have their scenes from 13 Going On 30 memorized (totally talking about a friend here), but I'm just saying: This was kind of a waste. The dude in question, one Ross McHale, is apparently hip enough to have a twitter but not hip enough to have seen The Avengers: According to what McHale told TMZ he didn't even recognize Ruffalo after googling him. Waste, I tell you! He's probably one of those people who brags about not owning a TV at parties!

Regardless, McHale seems to be a good citizen, because he reached out through twitter and informed Ruffalo that he'd found his wallet. That was pretty nice of him.