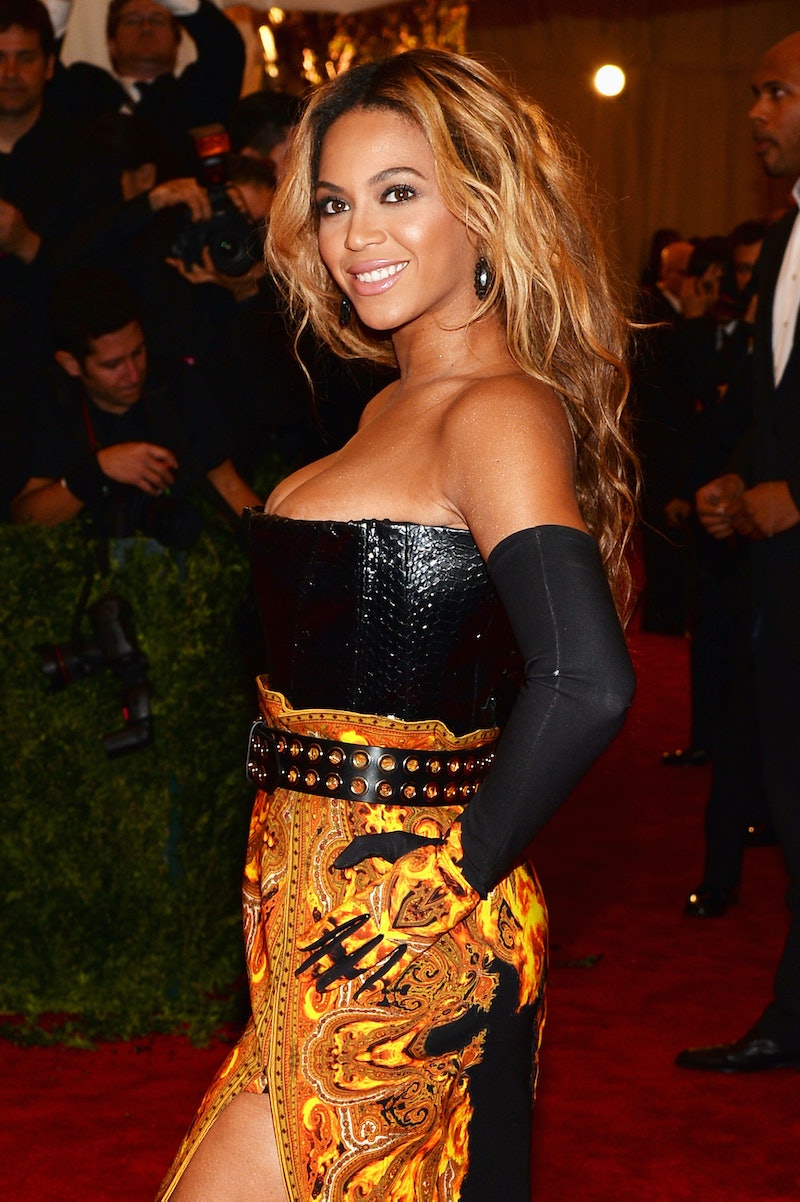 Think this has anything to do with that hair-caught-in-fan incident? On Thursday morning, Beyoncé debuted a new short hair cut on Instagram. Without captions, the superstar upload photos that showed her new 'do from both the front and the back and within minutes, the pics garnered hundreds of thousands of "likes" — whether or not people actually like it is irrelevant, since it's her short hair, and she don't care.

Queen B just wrapped the American leg of her world tour in Brooklyn Wednesday night, so maybe she wanted a fresh look before heading across the pond. And as any woman will tell you, there's no faster way to feel renewed (slash filled with fear and loathing) than chopping off all your hair. It's a rebirth as much as it is a disruption. Just ask Britney "Gimme That Razor I'll Do It M'self" Spears. Something tells us, though, that this has nothing to do with a mental breakdown and everything to do with trying a new style, you know, for fun.

But this isn't the first time we've seen Beyonce with short hair. The singer's worn short wigs in many of her music videos, including "Countdown" and "Me, Myself and I", a video in which she's actually shown giving herself a haircut; then there was her role in 2008's Cadillac Records as Etta James that had her wearing a short, blonde wig. Maybe that's were she got the inspiration for this new look?

Whatever the case, she's Beyoncé, and she can do what she wants. We're not sure whether she's down to earth or not, but anyone who cuts pounds of hair off their head definitely has courage. Or a crush on Miley Cyrus.