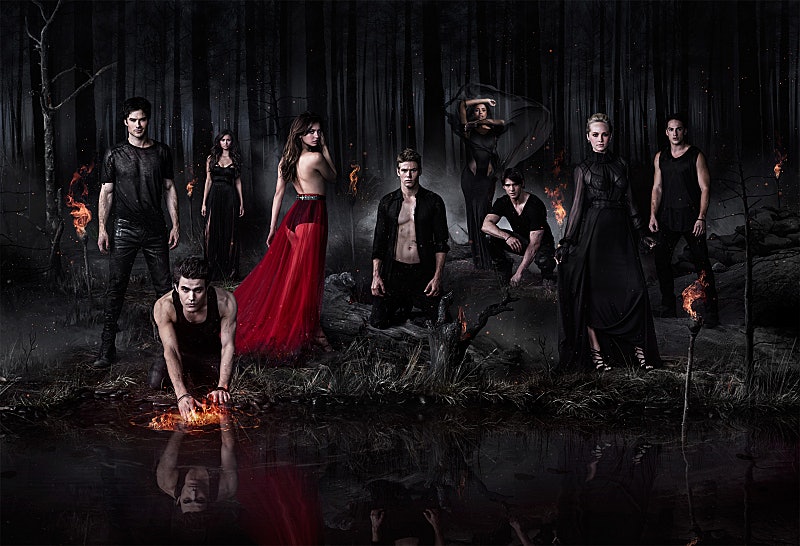 Mystic Falls may have the highest murder rate in the entire country, but what it lacks in safety it makes up for in male eye-candy. Seriously, you can’t step anywhere in that town without tripping over an attractive hunk (it must be part of the town’s bylaws or something). So even though The Vampire Diaries Season 5 finale ended in tragedy with the (potentially permanent) death of both Damon and Bonnie, fans can rest easy knowing that it won’t all be doom and gloom when Season 6 rolls around.

TVD showrunner Julie Plec has hinted that they’ll be introducing a new female character next year who will serve as a potential new love interest for one of the show’s resident hotties. Whom may you ask is the lucky girl? Unfortunately, as of now, that detail remains unclear. However, thanks to the latest round of TVD casting updates, there are plenty of possibilities to choose from. (Personally, my money’s on Gabrielle Walsh’s “shady” lady Sarah.)

But this also calls into question which of our beloved hunks will be getting struck by Cupid’s arrow? Luckily, Plec has given us a little nudge in the right direction, revealing that it will be someone who’s still able to reside in a now supernatural-free Mystic Falls. So which eligible bachelors does this leave us with? Let’s take a look at our remaining contestants…

Romantic Outlook: Not good. As nice as it would be to see Little Gilbert get some good news for a change, it seems highly doubtful that he’ll be the one with a new love interest so soon after Bonnie’s “death.” Dealing with that is going to take some serious brooding (a.k.a. push-ups).

Special Skills: High School football captain; frequent blood donor; coming back from the dead (thanks to the Gilbert ring)

Romantic Outlook: Fairly decent. As I’ve mentioned before, Matt rarely gets much of a storyline on this show, so seeing him get any kind of action would be exciting, especially if it involves him being shirtless. It’s time for the writers to show Matt some love!

Romantic Outlook: Off the charts. Though Matt may be the more deserving of the two as far as romance is concerned, something tells us that a newly single Tyler won’t be on the market for very long. After all, someone’s going to have to help him cope with the fact of being mortal again. And now that Steroline is potentially happening, this lone wolf is bound to be back on the prowl.

May the best man win!

More like this
Natalia Dyer Just Revealed The Weirdest Thing About Her Charlie Heaton Romance
By Nola Ojomu
Will Vampire In The Garden Get A Season 2? What To Know
By Kadin Burnett
'Dirty Dancing's Jennifer Grey Wants Harry Styles To Be The Sequel’s Love Interest
By Grace Wehniainen
Everything To Know About 'Grey's Anatomy' Season 19
By Brad Witter
Get Even More From Bustle — Sign Up For The Newsletter