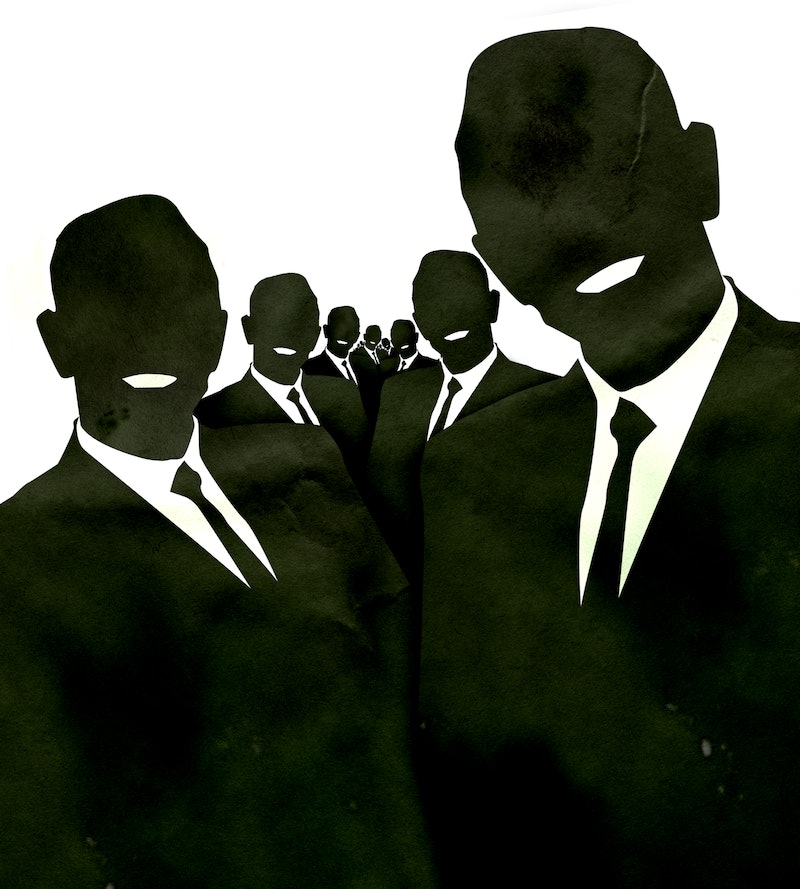 Ever wanted to be a fly on the wall at an executive lunch? Yeah, neither have we. But a young mom was involuntarily privy to an alleged conversation between IBM executives that revealed the tech industry's deep-seated sexism. The best part? Lyndsay Kirkham live-tweeted the entire chauvinistic conversation. The worst part? It was her birthday. And the kicker? She's a coder, and a feminist writer. You can't make this stuff up.

Toronto editor Lyndsay Kirkham, who writes for Syndications For the Rights of Women, was celebrating her birthday over lunch on Monday when she began to pick up remarks being made by the next table over. According to her, the two men were executives from computer giant IBM and were openly discussing the shortcomings of women in their company.

"They started addressing how women weren't 'an option' for new hires," Kirkham told the Daily Dot. The men also "discussed holidays and how [women] needed more time to download and decompress from work related stress."

But it didn't end there. Kirkham said the two also discussed how young women weren't desirable candidates because they'd end up getting themselves "pregnant again and again."

Therefore, more mature women were more acceptable — because they were less likely to miss years of work. According to Kirkham, the men even listed off actual female employees at IBM who were moms and started speculating about when they would get pregnant again. Charming.

Then, Kirkham recounts, just when she didn't think her birthday could be ruined more, the two men were joined by a woman, who not only agreed with them but joined in the conversation.

It's no surprise that women are underrepresented in tech, but witnessing how sexism operates in the industry firsthand can still be shocking. It especially hit a nerve for Kirkham, who, according to the Daily Dot, has been coding for a decade and built her own computer program at age 12.

In exchange for having to endure the infuriating conversation, Kirkham did what any human with a smartphone would do: she live-tweeted the entire exchange. Prepare to be enraged.

Apparently, it struck a nerve for a lot of other people as well, who tweeted their support at Kirkham.

By the end of her lunch, Kirkham decided that it was worth fighting back.

So she took action. It was her birthday, after all.

More like this
Sandra Bullock, Girlboss Extraordinaire
By Matt Harkins & Viviana Olen
Spice Girls’ Net Worth: The Richest Member Is Wealthier Than The Rest Combined
By Hugh McIntyre
16 Novels That Paint A Realistic Portrait Of Abortion
By K.W. Colyard
Benefit’s New Blush Collection Will Send You Straight Back To The Year 2001
By Faith Xue
Get Even More From Bustle — Sign Up For The Newsletter