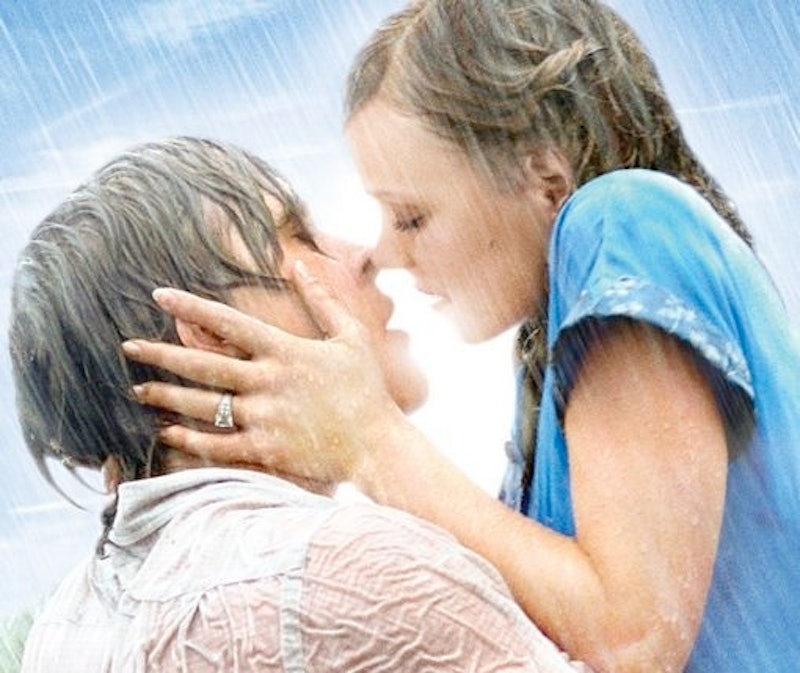 It might be hard to believe considering how we applaud whenever Hollywood decides to get the memo that female-led films can dominate the box office, but movies have actually gotten a lot better for women over the years. Well, not a lot better, but between Frozen breaking box office records and Maleficent becoming Angelina Jolie's highest-grossing film, there's no question that we live in a time when the old rule that no one wants to see a movie starring a woman has been revealed to be a big fat lie. Media still has a long way to go before we can see a more even split between male and female driven movies, but we're past the point where we're too young to notice all the sexism in our films.

That's why looking back on some of our favorite movies from the past can be more than a little cringe-worthy. It's like rewatching a Disney movie and realizing the disturbing implications of a line or scene that went right over your head when you were nine. There are a lot of films from the '90s and '00s that were enjoyable — and are still enjoyable — but that were also kind of a little bit anti-feminist. Continuing to love the movie won't make you sexist, but seeing the problematic treatment of women in the films below might kill your childhood and teen years a bit. Sorry not sorry.

You'd think that having a female protagonist would give The Wedding Date a leg up. However, when Kat shows up at her sister's wedding with the escort she hired to help her make her old boyfriend, the best man, jealous, she finds out that her sister slept with the aforementioned boyfriend while he and Kat were still together. Sisters, am I right? You can't trust them with anything, from your favorite blouse to your boyfriend.

Spider-Man, like any typical super hero movie, features a female as a main cast member whose entire role is for Spider-Man to adore her from afar and also rescue her every time she gets kidnapped. Not only does Mary Jane not even get her own story arc in this movie, but her love for Spider-Man is based on the sheer number of times he's rescued her. As in, he's had to do it more than once.

I'm not denying that The Notebook is one of the best romantic movies I've ever not watched, but I would like to take this opportunity to be the hundredth person to point out that Noah essentially stalked Allie into being in a relationship with him. Climbing a ferris wheel and hanging there until she agrees to go out with him is both sweet (since she was into it) and creepy (if she hadn't been into it), okay? Outside of The Notebook, no generally means no.

Worse than the fact that all of the girls in the movie were used, or treated, as toys by the main stepsiblings was the fact that one of them even went so far as to treat herself that way. Not only did Kathryn make bets with Sebastian to seduce girls, she used herself as a bargaining chip in those same bets. That's internalized sexism at its best, everyone.

Pirates of the Caribbean: Curse of the Black Pearl

Later films got better about this, but that doesn't change the fact that the illustrious Elizabeth Swan of Pirates of the Caribbean had damsel in distress syndrome like whoa. Elizabeth may have been sharper than the average damsel, but all the plots in the movie basically boiled down to rescuing her. Except for the pirates, whose plot in the movie was becoming human and then having their way with her.

Pearl Harbor has been described as that film where the bombing of Pearl Harbor happens in the background of a massively important love triangle and it's definitely true. It was the Twilight of war movies, putting more attention on the fact that poor Evelyn just can't choose between Danny and Rafe than on any of their roles in the war. Trust me when I say that films like this really don't do women any favors in the media.

Listen, I understand the dilemma of falling in love with someone who won't remember you the next morning (well, as much as I can understand from watching the film anyway), but 50 First Dates had one of the creepiest, sexist endings to a film ever. The bottom line is that Lucy can't consent to having children with Henry if that consent only lasts 24 hours. I mean, seriously, how horrifying must those nine months have been?

If we ignore for a moment that Marla is the only woman in the main cast, there's still the matter of how she's treated to contend with. Marla spends most of her time either being verbally abused by The Narrator or having sex with Tyler, because Fight Club is, among other things, a film about male frustrations and apparently women count under that heading. Just the fact that Tyler says "we are a generation of men raised by women" as if that's a bad thing should have been our first clue.

I appreciate what Hilary Duff was trying to do with this film, but A Cinderella Story basically promotes the idea that you have to wear a mask to get those guys that are way out of your league. Sure, A Cinderella Story was trying to make the point that it's not what you look like that matters, but the fact still remains that that dance of romance was kind of disingenuous if Sam didn't feel like she could completely be herself and get the guy.

American Pie is the quintessential teen sex comedy film, so it's no wonder that the girls are all painted in terms of their sex appeal and contribution to the pact the four leads have going to lose their virginities. I doubt any of us were watching American Pie for its feminist themes and strong female characters, but, come on. It's still pretty bad.

She's All That is an adaptation of Pygmalion and My Fair Lady, both plays about a guy who tries to change a girl because who she is isn't good enough, so its placement on this list shouldn't be too much of a surprise. Although Laney makes some attempts at independence, her storyline in the film is defined by which guy she's giving her attention to at the time and her rivalry with Zack's ex-girlfriend Taylor. Not exactly a feminist theme.

More like this
20 Photos Of The 'Hocus Pocus' Cast Then & Now
By Radhika Menon
12 ’90s Movie References You Missed In 'Do Revenge'
By Radhika Menon
These 25 International Horror Movies On Netflix Prove Fear Is A Universal Language
By Bustle Editors
What’s New On Netflix: Ana De Armas’ 'Blonde' & A Nick Kroll Special
By Arya Roshanian
Get Even More From Bustle — Sign Up For The Newsletter