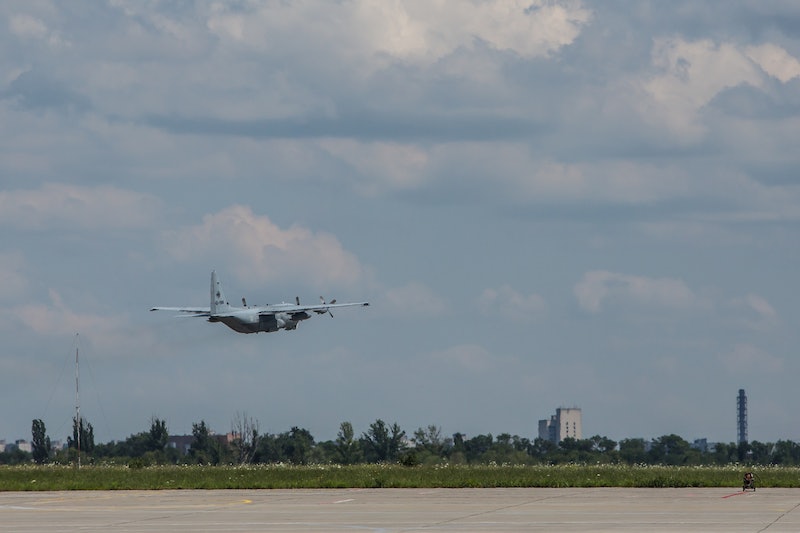 When the stakes are at their highest, and you're reporting on incredibly important, sensitive stories, social media can be a dangerous place. The Associated Press knows this all too well — an awkwardly-phrased AP tweet suggested a plane carrying MH17 victims' bodies had crashed Wednesday, scaring absolutely everybody.

The unfortunate tweet was clearly a mistake, but came across in a very misleading way. It's basically a lesson in the perils of using mediums like Twitter to relay breaking news on sensitive topics. If the AP's tweet had been, say, a headline for an article, even an identical would have been offset by all the context and explanation printed underneath. But on Twitter, no such context was included.

Quite to the contrary, in fact. The update was considered a "breaking" news development, and the AP didn't include a link to a related article or any further information. Besides that, there were still changes they could've made that would've averted all the confusion — adding in a couple commas, for example. It took the AP a mere nine minutes to recognize the problem and correct the record, but nine minutes is an eternity for a Twitter account with over 3.5 million followers. Here's what they sent out early Wednesday morning.

See the problem there? In reading the tweet aloud, it becomes pretty clear what it means to say — that a Dutch plane, carrying the bodies of the victims of the crash of Malaysia Airlines Flight MH17, landed in Eindhoven in the Netherlands. But because of the way the AP worded the tweet, it was open to a much different, disturbing interpretation, seeming to say that the very plane tasked with carrying the MH17 victims' remains had itself crash landed.

See? Much better. To the AP's credit (or rather, to the credit of whoever manages their social media accounts), their clarification cleared the fog pretty easily.

This morning a poorly worded news alert moved on the AP wire and was also tweeted via @AP.

For the record, here’s the original alert:

Many readers understandably took it to mean the plane “crash-landed.”

We sought to clarify this as quickly as possible.

@AP tweeted the clarification as follows:

This was an especially regrettable lapse that drew wide attention as Dutch families awaited the return of their loved ones’ remains.

It's already been an awful morning in the aviation world: A plane crash-landed on a tiny island in Taiwan Wednesday, reportedly killing at least 51 people on board.

More like this
How To Fight For Reproductive Rights, Based On How Much Time You Have
By Courtney Young
The Music Industry Continues To Fail Black Women
By Precious Adesina
Sarah Everard’s Killer Wayne Couzens Is Appealing His Whole-Life Sentence
By Sophie McEvoy
The Best Memes & Tweets From The 2022 Met Gala
By Olivia Rose Ferreiro
Get Even More From Bustle — Sign Up For The Newsletter