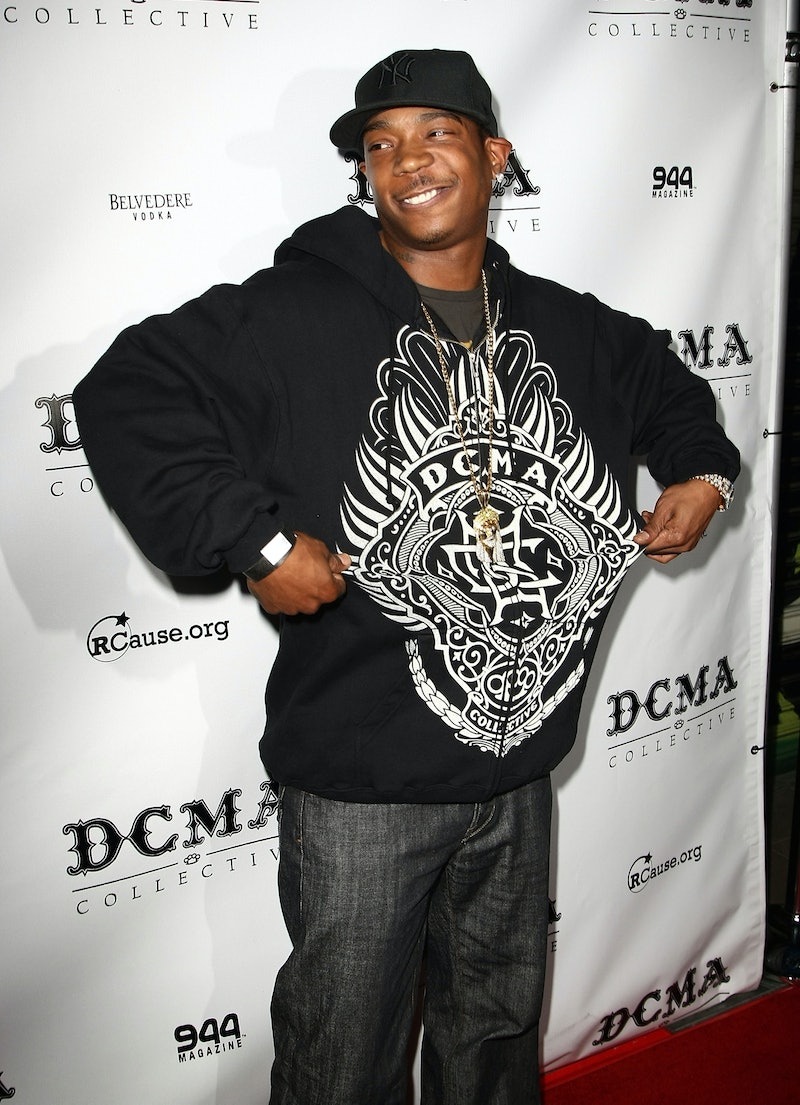 Holy crapballs, guys. Art is alive, and nothing is real because Ja Rule is going to be in The Nest . As if the upcoming Tina Fey and Amy Poehler joint wasn't exciting enough, we have photographic evidence that the rapper is going to make a cameo. On Tuesday, Ja Rule Instagrammed a photo of himself, Amy Poehler, and Tina Fey hamming it up on set of The Nest , and my brain nearly exploded. Only in Ambien dreams could I have imagined these three pop culture icons posing for a party pic. Sure, the photo is inscrutable, but I don't care. Early aughts rappers and comedy ladies in the same photo get me so freakin' pumped!

Just a fun fact about myself, my go-to song request at any bar, club, or function with a DJ is "I'm Real." So seldom will people indulge me, because many iTunes jockeys don't understand the artistry of that iconic intro. (You know his mutha-effin name: R-U-L-E.) Honestly though, the fact that Amy Poehler and Tina Fey clearly understand me on this point makes the contempt of all those sanctimonious emcees worthwhile.

In the shot, the feminist comedy dream-team poses with Ja Rule at an event venue that is apparently throwing a "Re-Vamped Ellis Island" themed party. Feast your eyes on the greatness of this collision of worlds:

So... from that banner and from the attire, we can guess that this is a vampire meets turn of the century immigrants at the club party? Perhaps Ja Rule is the main benefactor of a project to preserve Ellis Island landmarks? Or maybe he's around to join Amy Poehler and Tina Fey in a duet of "Put it On Me" just because. Whatever the reason, this got my gears grinding. Maybe, just maybe there will be some unexpected cameos from additional hip-hop icons of the early 2000s. So, what other rappers of years past are we dying to see a cameo from in The Nest?

Well, doy! Can I just suggest Amy and Tina recreating the "Ride Wit Me" video frame by frame?

'Cause obviously, you'll find them in the club, bottle full of 'bub.

Methinks Fat Joe is hiding just out of frame, ready to lead the cast in a choreographed dance to "Lean Back."

On God's good green Earth are there two more bodacious Freek-a-Leeks than Amy and Tina? I think not.

Tina and Amy can sing "Hey Ma" to each other, and Cam'ron can harmonize!

Plus, he would bring Cam'ron apparel to the set and blow everyone's mind!

So much amazing. So much prodigious throwback material. So many fantastic wardrobe suggestions. Plus, with news of Ja Rule's cameo, I have a sound reason for why I'm cooler than every DJ that refuses to play early 2000s top 40.