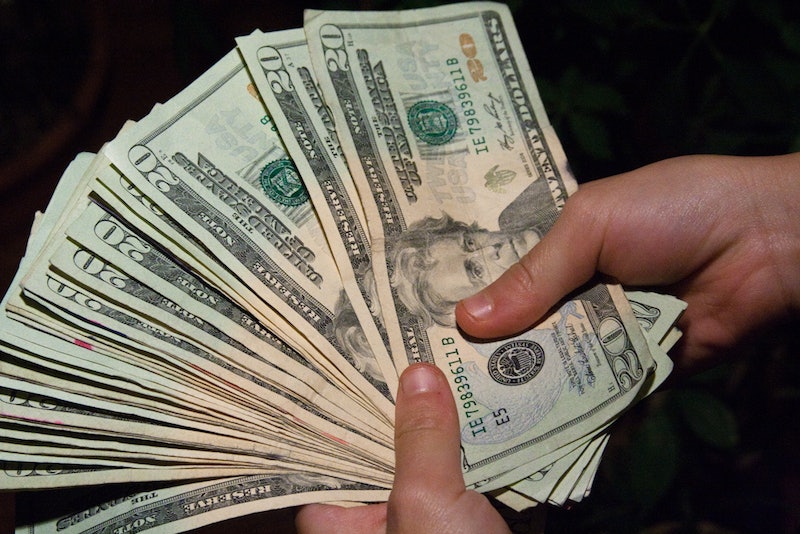 Well, this is sobering news: According to a new study conducted by Spears, one in every 25 New Yorkers is apparently a millionaire. Putting aside the fact that this information is just a tiny bit horrifying (more on why in a bit) I can’t help but think the following thought: Where the heck are all these mysterious one percenters hiding? You’d think during the decade I spent living in that city, I would have met at least one of them, right?

Spears teamed up with “leading wealth consultancy company” (whatever that means) WealthInsight on the study, which sought to determine which cities in the world play host to the highest percentages of millionaires. New York isn’t in the top three; those slots belong to Monaco, Zurich, and Geneva, in which 29.21, 27.34, and 17.92 percent of the population respectively occupy that tax bracket. The Big Apple does, however, come in fourth, with the millionaire percentage of the population coming in at 4.63. As Gothamist points out, 4.63 percent may not seem like a super high number; at the same time, though, it means that a whopping 389,100 people in the city — one out of every 25 — are in possession of at least one million dollars’ worth of assets (not including their primary residence, as per Spears’ definition of “millionaire”).

So: Where on earth are all these millionaires hanging out? I realize that the crowds I run with tend to be… shall we say, not the one percent, because, well, for some reason the economy thinks it’s okay mostly not to pay artistic types for their services these days. But still — running around NYC day in and day out for an extended amount of time, you’d think we’d all cross paths with these mystifying figures every so often. The best I can figure is that all of New York’s immensely wealthy denizens must hang out exclusively with each other. They don’t mingle with us plebes, so we rarely, if ever, come into contact with us.

Gothamist, on the other hand, suggests that we probably are interacting with them on a semi-regular basis:

“Remember that asshole from OKCupid, Craig? The one who took you out for sushi, insisted on ordering every item from the raw bar, then asked you to split the check? Undoubtedly a millionaire. The woman who nearly crushed you to death while weaving the wrong way down the street on her Citi Bike, then shouted at you to be more careful? Also a millionaire. The miser who once paid you a total of $15 for a month of caring for her arthritic, foul-tempered Pomeranian, Mitzy? Yes. Her too.”

All joking aside, though, the figures are more than a little horrifying when you consider that nearly 50 percent of New Yorkers are living in poverty. According to the New York Times, 46 percent of the city’s population between 2011 and 2012 were making “less than 150 percent of the poverty threshold, a figure that describes people who are struggling to get by.” I don’t think I have to stress how not okay this is. Don’t get me wrong; I’m not calling for a complete Communist makeover of society or anything. But still — the division of wealth is one of the biggest problems our nation has, and this just drives the point home further. Something needs to be done, but I don't know if or when it'll happen. Are you listening, government?

Just, y'know... think about that for a minute.