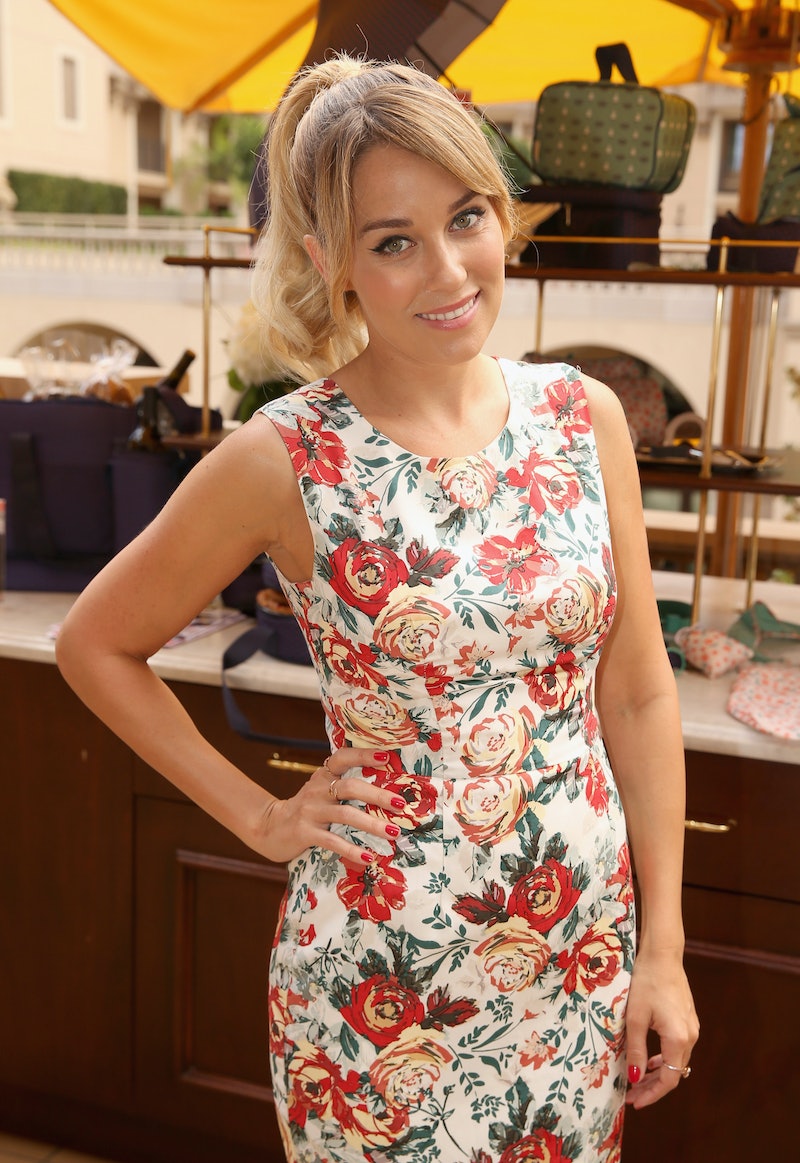 Although some may consider her a basic bitch (*ahem* Allure magazine), Lauren Conrad is a true style star. Sure, she sticks to the classics, but that's because she knows what works for her. However, this wasn't always the case. In an interview with Elle magazine, Conrad said she dislikes early '00s fashion, even though she was somewhat of a poster girl for the decade.

There are many reasons that I can't imagine having most of my adolescence immortalized on the small screen, and my wardrobe is certainly one of them. After all, I was a teen in the early '00s too. Conrad is right — it was a rough time for fashion. Here's what she said to Elle about her sartorial choices from that era:

I definitely wasn’t a trendsetter. The early 2000s were an interesting period for fashion. [Laughs] And as much as I get shivers when I look at photos from that time, I'm comforted by the fact that most people standing around me were doing the same thing. It wasn’t great, but I wasn’t alone. It's just a part of being young that you sort of move together. It takes a very daring person to try a new trend when no one else is doing it. I think, if anything, I just had a more beachy, bohemian vibe that was maybe different from L.A.:that was sort of all I knew.

In the interest of journalism and good old fashioned fun, let's take a look at why Conrad was (is?) emblematic of trends from the early '00s through the lens of the shows that made her famous. Here are 11 moments from The Hills and Laguna Beach that are so 2005.

One headband that is not Blair Waldorf approved.

So fresh, so orange.

What a basic bitch looked like circa 2004. See, this is an anthropological exercise.

At least one of the popular girls in your high school graduating class wore an identical red ruched mini to prom (powder blue prom date not mandatory).

Doesn't get more emblematic of the early Aughts than this.

6. A pop-star worthy side braid

Yes, this braid would still fly style-wise today, but combined with the beachy highlights, the halter strap, and pink tinted lip gloss, there's really no mistaking what decade LC is representing here.

I mean, who didn't want a pair of these glasses that make you look like a glam lady bug?

9. Denim capris and a beaded top

This shot appears to be of LC hosting TRL, not starring in a reality show, but it was taken around 2005-2006 and is a prime example of how messy things could get sartorially during that time. Bangle and beads and awkward length denim? No thanks.

Not only is Lauren casually sporting a horrible black tube top, she paired it with the mother of all early '00 don'ts: Flared, uneven wash jeans.

11. Return of the embossed headband

Lauren has righted all her fashion wrongs by becoming a polished fashion lady, capable of pulling off high-waisted shorts and nude sandals. She's still got those beachy highlights though! Some things really do stay the same.