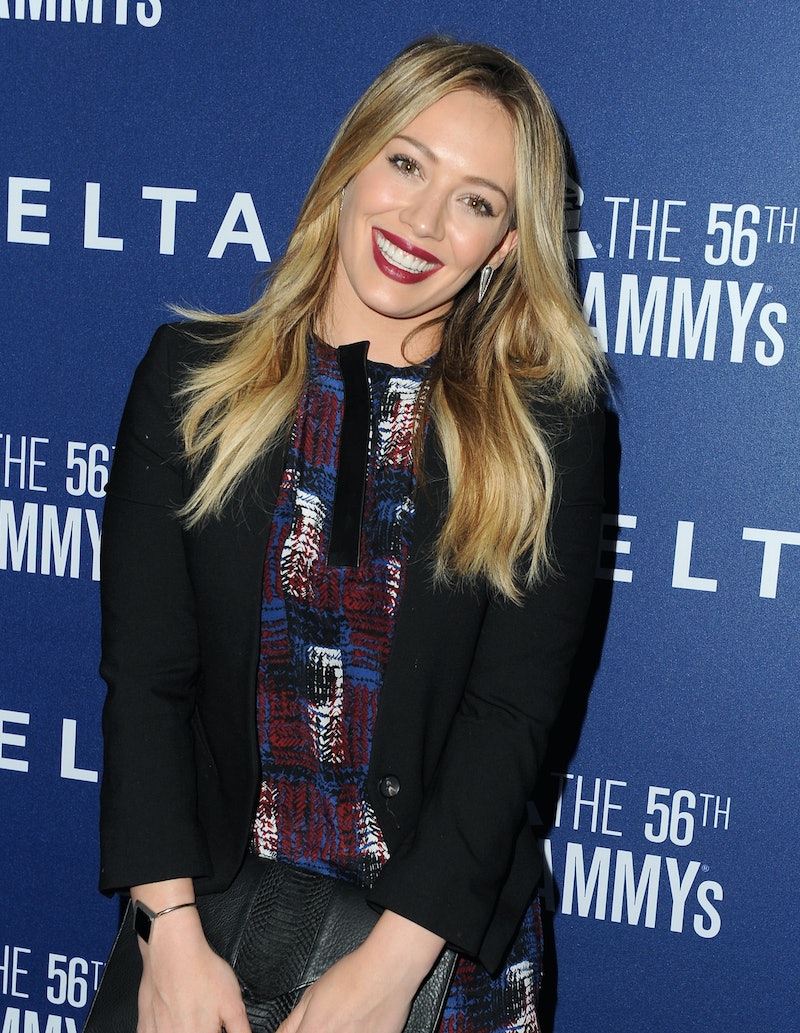 My inner Lizzie McGuire just kicked herself in the head and now she's dancing for joy. Our favorite former Disney Channel star, Hilary Duff, released the album art for "Chasing The Sun," her new single, on Wednesday. And we can officially call it a comeback. Last week, VOSS NYC tweeted that Duff would be celebrating her new single on July 24, but it looks like she decided to treat us a day early. Diehard fans can preorder Duff's first single, which is expected to drop on July 29, on iTunes now. Excuse me while I kick myself in the head IRL, because I've been waiting for this moment for years.

Honestly, I would order Hilary Duff's new album — which isn't set for release until Fall 2014 — if it were just 16 "Why Not" remixes in a row. That's how excited I am for the Younger star to release new music after a seven year hiatus. And I have no doubt that I'll love "Chasing The Sun" just as much as "So Yesterday," considering that Duff is still using her signature album art, 11 years after the release of Metamorphosis — a close up of her radiant, I-was-a-Disney-star face. Not that I'm complaining, if it ain't broke, don't fix it. Right?

Okay, fine, "Chasing The Sun" looks a little more mature than the art we've seen on Duff's past albums. I'm kind of getting a Stevie Nicks vibe from her, but you can't deny that it's exactly like these 5 covers:

Trying it out in black and white.

Keep on keepin' on, Hilary Duff. Did I mention how excited I am that she's making music again?