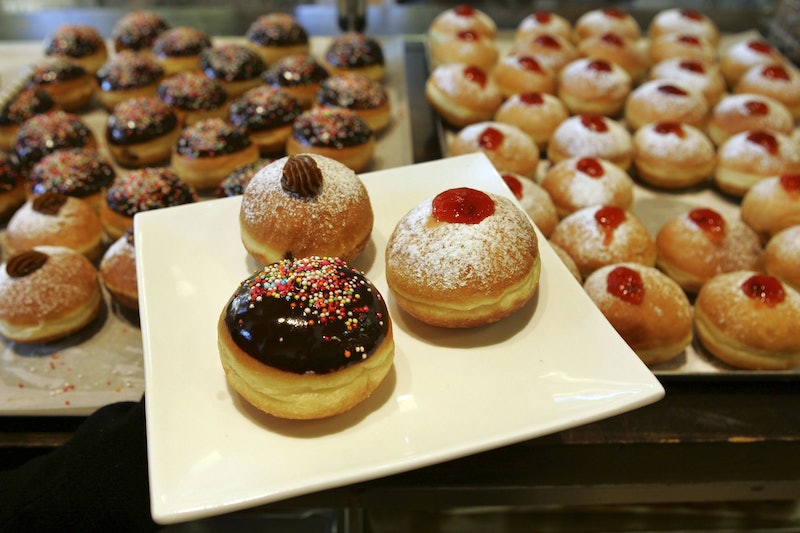 For over a month now, donuts vandals have been terrorizing homes and cars in a Portland suburb. In Hillsboro, Oregon, cars are being smeared with sugary goodness and lawns littered with chocolate-glazed perfection and police can't seem to snag the vandals. But I'm having a really hard time feeling sorry any human involved in this, because meanwhile donuts are being savagely wasted on personal property and not inside of my stomach.

According to Hillsboro police, the first incident occurred June 1 when a terrible soul destroyed a maple bar by smearing it across a car windshield. Unofficial detectives in the affected neighborhood, hellbent on stopping this horrible injustice, collected frosting and sprinkle remains left at the scene of the crime, narrowing the donuts' origin to two grocery stores in the area.

While they are treating the vandalism as more of an annoyance rather than an active threat, police have increased surveillance in the area, particularly at night.

"In my 25 years in police services, I have never investigated or seen a criminal mischief involving pastries," Lt. Mike Rouches of the Hillsboro police told the Associated Press.

The police said that bandits have also turned to healthier options for their community art projects, including yogurt, potato salad, and bread.

This is maybe the most patently offensive mischief I have ever encountered.

Still, I want — no, need – for you to understand something about this. The town that I am currently suffering through grad school in has no donut shops. I am living in a donut desert. Meanwhile, some ruffians are decorating the streets with donut holes, with jelly-filled confections, with sprinkle-dotted-golden rings sent from another world. If there is a God, he has showered us with his love in donuts. And some of us don't have the luxury of eating them on a daily basis, much less besmirching their good glaze by smearing them onto vehicles.

Journalists are having a great time with this. There are so many cute puns to bad made — "baked-goods bandits," "sticky situation" — but this is not a joke. There are too many hard-working bakers and great-tasting donuts that will never be realized, never be appreciated for what they really are. I can only hope that this, my plea, my cry to return to a just, fair world for donuts everywhere, will open these vandals' eyes to the social abomination that is wasting donuts. It may seem funny as you lob a maple bar into the windshield of a Lexus, but to people suffering through a donut deficit, this is more than a sophomoric prank.

This is real life.