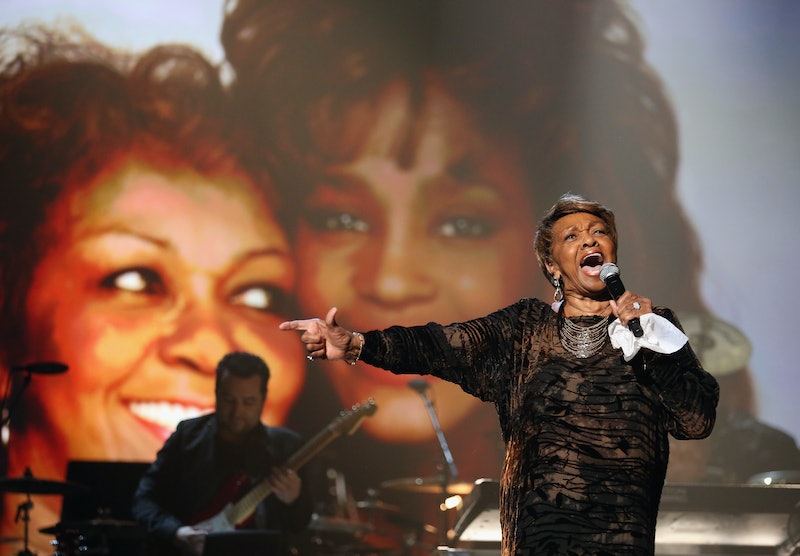 The constant back-and-forth between filmmakers and families of late celebrities makes me long for a world without biopics. That's probably an awful thing to say considering there are so many awesome examples like VH1's CrazySexyCool: The TLC Story or the upcoming Jimi Hendrix biopic All is By My Side starring Andre 3000. But frankly, all the hoopla surrounding these films is a total downer and the statement Whitney Houston's mom Cissy gave to Entertainment Tonight doesn't help. Instead, it makes me feel even more conflicted about the late singer being the subject of a Lifetime-produced biopic. Houston said:

I find it difficult to believe people who knew and supposedly loved her would participate in a movie about her done by folks who didn’t know her. We are exhausted by the continuing misinformation and comments offered by people who did not know her. Please please let her rest.

That sounds like a plea from a mother who's both passionate and exasperated. But this isn't the Houston family's first time objecting to this biopic. Shortly after Lifetime announced plans for the film, Whitney's sister-in-law Pat said she felt the iconic songstress' story deserved a big-screen release. More recently, Whitney's daughter Bobbi Kristina had some pretty sharp words for the film's director Angela Bassett.

Even though it's important to acknowledge the cultural relevance of celebrities like Whitney Houston, it also feels like there's a huge line being crossed here. Houston's mother isn't cooperative on any level. Sure, it's idealistic to think the producers would halt production at this point, especially considering the money they stand to earn and the accolades Bassett is sure to collect if she successfully pulls off her directorial debut. I'd watch a Whitney Houston biopic in a heartbeat, but the feelings of distress wrought by the words in Cissy Houston's statement make me think that in this case, mother knows best.