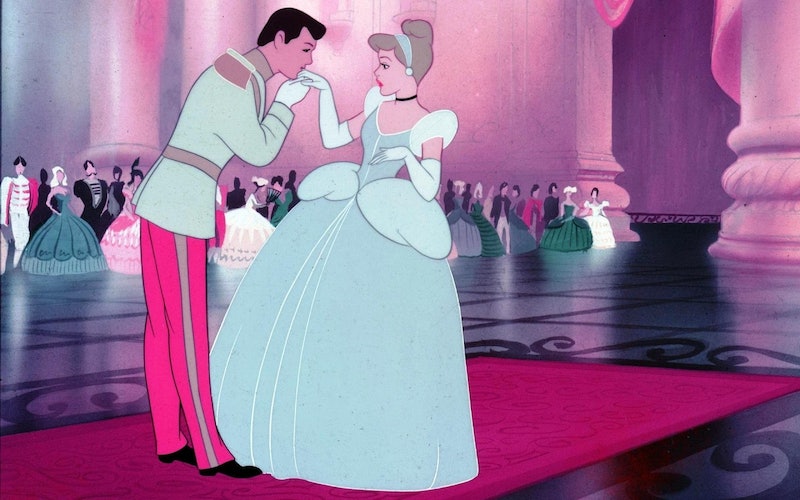 I’m probably not alone when I say that a great deal of my knowledge of relationships at an early age came from Disney movies. Given the problematic nature of a lot of the things these movies (as much as I love them) teach, it’s probably good that I didn’t internalize them too much, and that I let my views develop and change over time. Naturally, though, it’s not too much of a surprise that a lot of my early knowledge about marriage and what it’s like to have a wedding came from these movies. From classics like Cinderella and Snow White to newer offerings like Frozen and Brave, each of these films has something to say about getting hitched.

But that’s not going to stop me from firing up Mulan the next time I get stuck inside on a rainy day.

1. A chorus of birds will serenade you as you walk down the aisle.

2. And a small army of woodland creatures will custom make your dress for you.

3. A wedding signals a happy ending…

4. …Except sometimes, you have to do battle with a giant octopus first.

Be careful about rushing into things. S/he could turn out to be an evil, conniving, power-hungry jerk.

7. Your spouse-to-be will clean up incredibly well for the ceremony, even if s/he’s a beast every other day of the year.

8. Getting enough sleep before the big day is of the utmost importance.

9. You know that guy or gal you’re kinda sorta friends with, but whose unhealthy obsession with you kind of freaks you out? S/he’ll be totally fine with you tying the knot with someone else.

10. If you're about to marry the wrong person, you'll miraculously realize it right before the wedding happens.

And you'll find the person you should actually be marrying, all in one go.

If your parents don’t like who you’ve chosen as your life partner, they’ll put their concerns aside and help you celebrate your union with love and respect. How nice.

12. But your mother figure will still try to sabotage you at every opportunity.

13. Your pets will have their very own wedding at the same time you have yours.

Because obviously they will fall in love, too. The pictures will be adorable.

14. If you reveal to your spouse-to-be that you’re someone totally different right before you get married, s/he’ll be cool with it.

15. Also, last-minute nuptials are a breeze to pull off.

And screw everyone who says otherwise.

18. But don’t let yourself be pushed into a marriage you don’t want.

A wedding doesn’t have to be the only happy ending.

Even an angry god of the Underworld.

21. The screen goes black and the credits roll after you say “I do.”

22. And whatever happens next will occur in a direct-to-video sequel.

23. At least your twilight years will get a spotlight of their own.