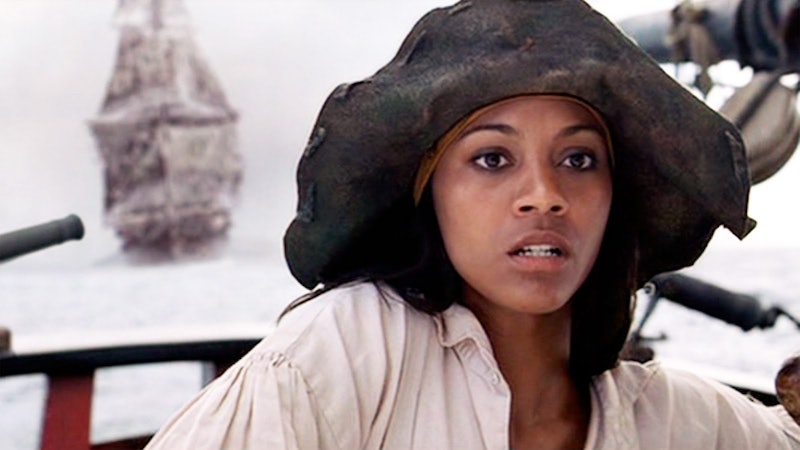 As Disney just confirmed there will be a 5th installment to the series (nearly 20 years after the first one came out) a lot of people point to the success of the first film as the starting point for the franchise. Unlike other Disney ride-to-movie attempts, it didn't flop, but was a box office hit. In fact a lot of times people are quick to state it was the only good one in the bunch. But now it's being revealed by Saldana that the success of the film was built on the backs of behind the scenes bickering that drove Saldana to nearly throw in the towel.

"Those weren't the right people for me—I'm not talking about the cast," the actress told the Hollywood Reporter. "The cast was great. I'm talking about the political stuff that went on behind closed doors. It was a lot of above-the-line versus below-the-line, extras versus actors, producers versus PAs."

I'm glad she praised the cast because it would be a shame to hear Johnny Depp or Orlando Bloom were jerks offscreen, but it's too bad to hear she had such a negative experience. Saldana then further discussed the behind the scenes politics:

"It was very elitist. I almost quit the business. I was 23 years old, and I was like, 'F*** this!' I am never putting myself in this situation again. People disrespecting me because they look at my number on a call sheet and they think I'm not important. F*** you."

Meanwhile Zoe Saldana can rejoice in having gotten out of that franchise before it tanked completely because her career is showing no signs of stopping. So screw those PAs, extras, and producers who may have been mean to Saldana. She's doing better than any of them now anyway. Good for her for sticking it out.