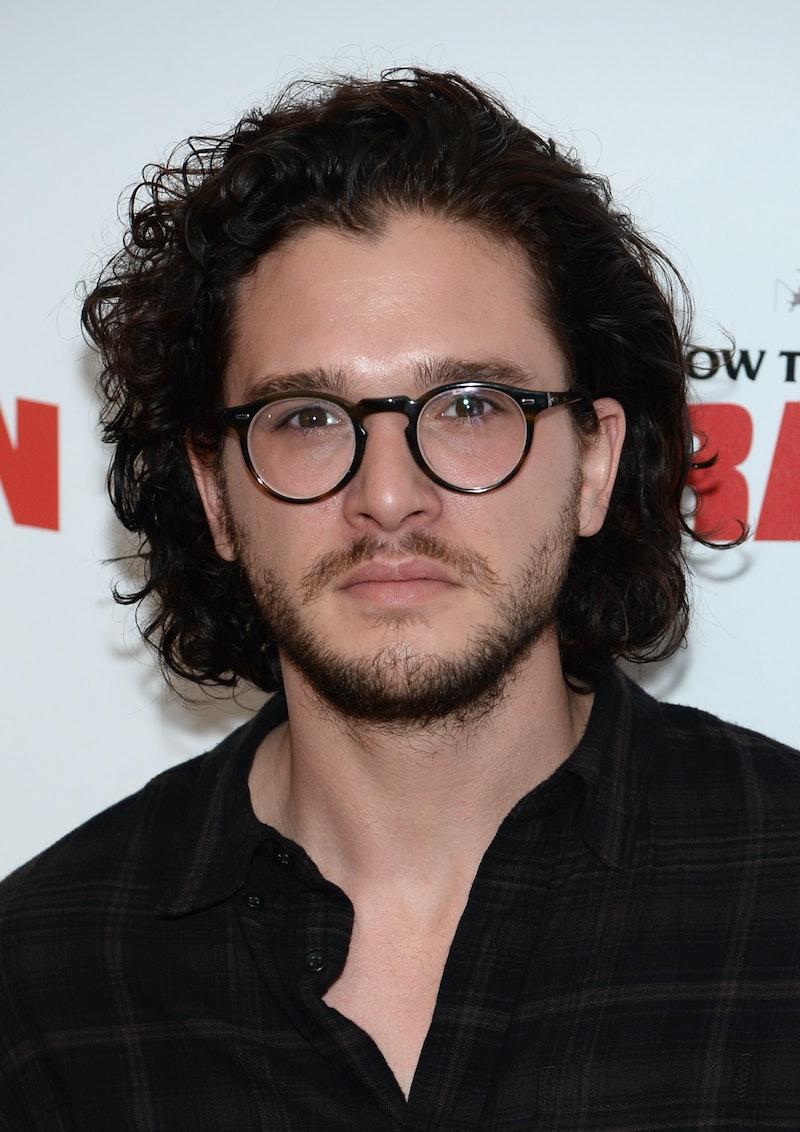 And now, let the countdown begin. The Hollywood Reporter says that Andy Samberg and Kit Harington will face off as dueling tennis players at Wimbledon in the upcoming HBO mockumentary 7 Days in Hell. Samberg will play a tennis pro bad-boy named Aaron Williams, and Harington will play Charles Lloyd Poole, a truck driver turned tennis prodigy. The two, who loathe each other, will face off for seven days of total hatred and hilarious bickering as they play the most vicious sport of all, tennis.

Samberg vs. Harington? I AM SO IN.

I imagine that comedy fans and Jon Snow-adoring folks will be in, as well. I also imagine that some people will be rather excited (and even titillated, dare I say it) to witness Jon Snow in summer clothing.

But wait! There's more to get excited about. The event, which is brought to you from the genius minds of Samberg and Girls co-writer and executive producer Murray Miller, has a whole slew of top-notch comedy talent attached to it. I'm talkin' Fred Armisen, Lena Dunham, Will Forte, June Squibb (she recently played Hannah's grandmother on Girls ), Michael Sheen, Guardians of The Galaxy star Karen Gillam, Howie Mandel, and Mary Steenburgen. Broadcast journalist Soledad O'Brien is also slated to star as herself. The script will be penned by Miller, with Saturday Night Live's Jay Szymanski at the helm. This pretty much sounds like a dream team.

But as for the rest of it? Well, for the most part, we know nothing. (Sorry, it's only inevitable for me to make a Jon Snow reference when Kit Harington's involved.) All I know is that I cannot wait for the GIFs of Samberg vs. Harington. I have a feeling that those will be some pretty important, legacy-making GIFs.

More like this
Jake Daniels Just Became The UK’s First Active Football Player To Come Out As Gay Since 1990
By Sam Ramsden
What Is Jeanie Buss' Net Worth? The Lakers President Is Uber Rich
By Hugh McIntyre
Laura Dern Said “Cultural Awareness” Made Her Rethink This 'Jurassic Park' Fact
By Grace Wehniainen
Colin Firth Revealed His Favourite Mr. Darcy (& No, It's Not Himself)
By Sophie McEvoy
Get Even More From Bustle — Sign Up For The Newsletter