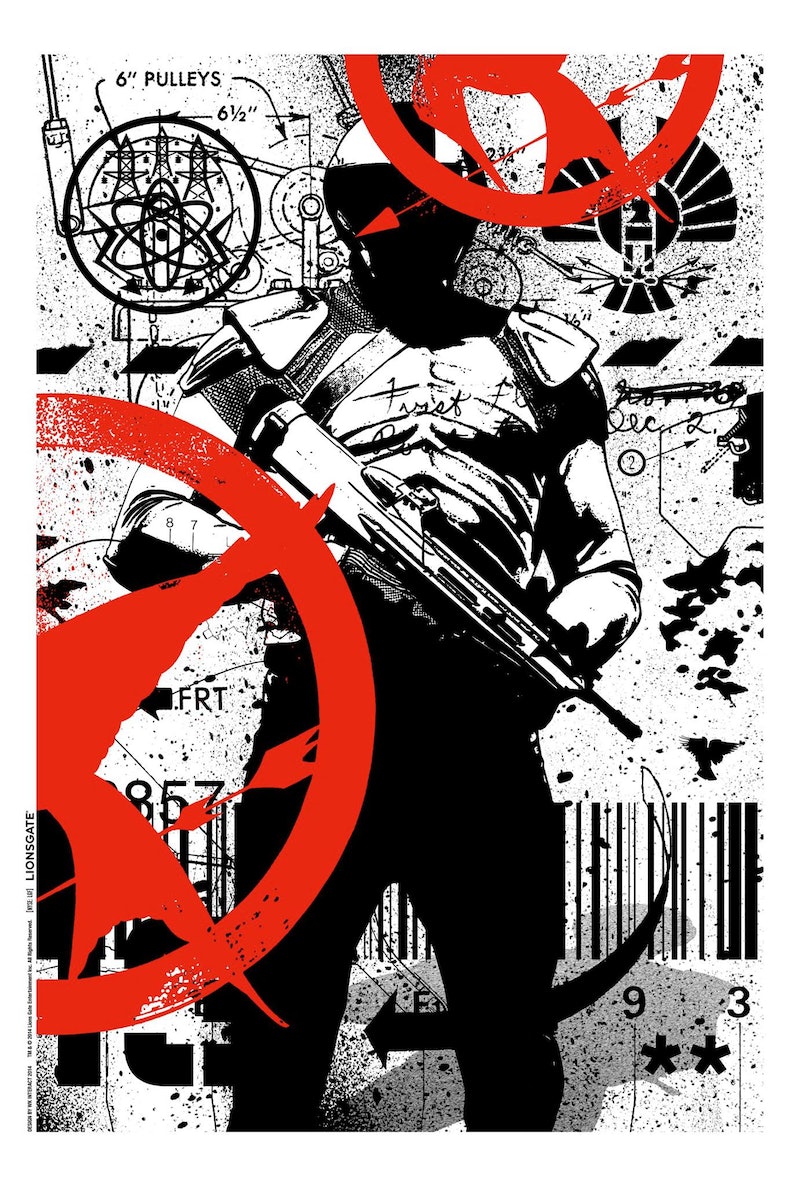 We're on the third movie installment of the Hunger Games series and by now, there's a sort of formula to the movie posters. Fire: check. Black background: check. Mockingjay symbol: check. Image of an arrow-wielding, stone-faced Katniss? Even better. The images on the whole recall the Hunger Games themselves. They're fiery, intense, and reek of competition. But for a limited-edition Comic-Con Hunger Games: Mockingjay Part I poster, artist WK Interact has broken up the monotony of the usual Hunger Games posters in an important way.

In his rendition, there's no simple black background, no intense fire, and no Katniss. Instead, the poster focuses not on the movie's star, but on a faceless man in armor. Around him, symbols of war and chaos abound: a war bird symbol, a barcode, what looks like a symbol for nuclear power, plans for an unspecified machine, and yes, even the famous mockingjay.

But its significance doesn't simply lie in its difference; it lies in its similarity to the books. Now that the facade of the Hunger Games has been permanently shattered, things in the world of Panem are going to look a lot different. No spoiler alerts for those who haven't yet read the books, but the world post-Hunger Games will no longer have the same polished, competitive facade.

The third installment of the Hunger Games series is no longer about the game itself but the revolution against this dystopian world that was always lurking just beneath the surface. It's not a world of intense, fiery competition anymore but of total upending chaos. It's the gritty, unpolished world that this new poster depicts, and hopefully the upcoming films will capture just as well.