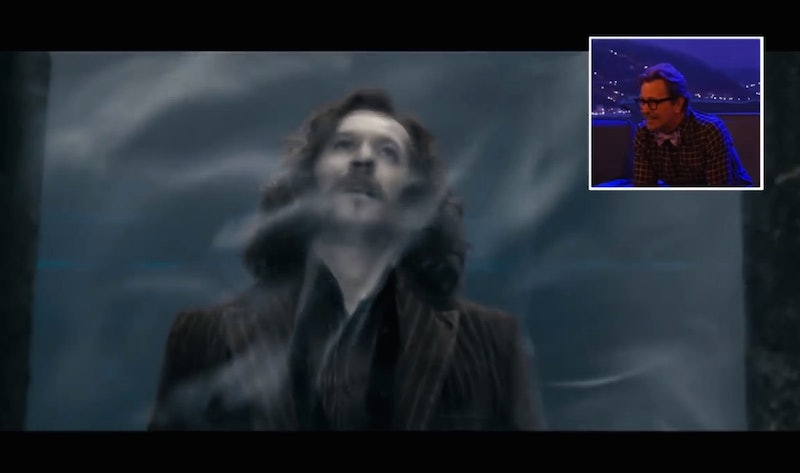 We already knew that Sean Bean had a knack for choosing movies that involve him being killed off in some fashion, like, every single time (seriously, there's a super cut of it, and it's amazing) but who knew Gary Oldman was in that boat too? Apparently, Conan O'Brien did: During his appearance on Conan , Gary Oldman was treated to a super cut of all his death scenes in films — even his one as Sirius Black in Harry Potter and the Order of the Phoenix. It's been years, and that one still hurts to watch.

Luckily, not for Oldman, though: When the clip starts airing on Conan, Oldman breaks out into a fit of laughter watching his respective characters meet their grisly ends, which is good, because I guess it shows an excellent sense of humor or something. Oldman looks like the kind of dude you could just hang out with and laugh about that time Richard Gere broke his neck and pushed him out of a flying plane in Air Force One, or that time he was shot before sliding into a bed of quicksand in Sin.

But never Harry Potter. Too soon.