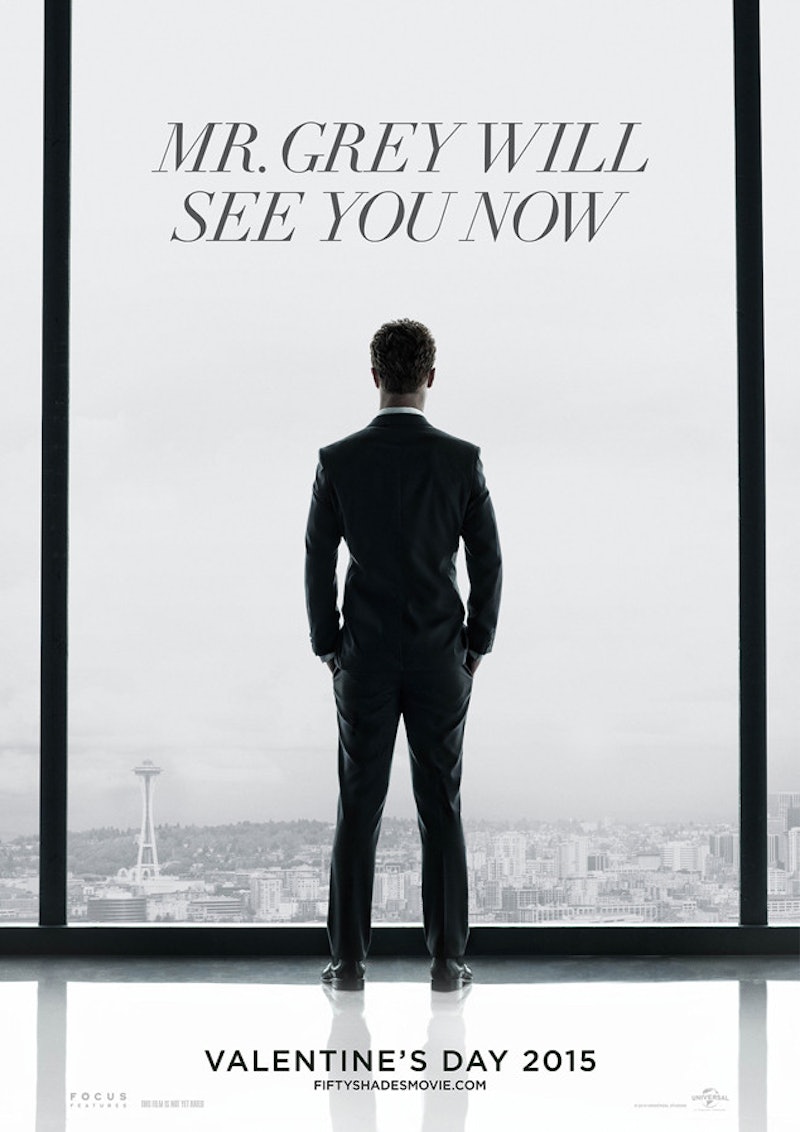 Well, the highly anticipated trailer for the screen adaptation of the all-too-popular, Twilight fanfiction-adapted, mom-friendly-erotica series 50 Shades of Grey is here, and people are getting pretty excited. I'm kind of stumped as to why, though. I think it looks godawful. And that's even taking into consideration how much I love Beyoncé's awesome "Crazy in Love" cover.

To be fair, I was predisposed to hate this trailer, because I truly and deeply hated the book. Fifty Shades of Grey goes way beyond being poorly written; it blurs the line between kink and abuse in such an egregious way that its widespread popularity is absolutely detrimental to our culture. It sets up a weak protagonist who is compelled to enter a sexual contract with a psychologically damaged narcissist who stalks her, forces her to participate in sexual activities with which she is uncomfortable, and becomes psychologically abusive when she resists.

Let's be clear, I'm all about people having whatever kind of sex they want to have, as long as they keep it safe, sane, and consensual.

But the message of this book is clear: Sometimes, if you want to help a man heal his emotional scars, you have to let him beat you.

There is absolutely nothing safe, sane, or consensual about that.

So, now that that's out of the way, the trailer. Um, I'm sorry, what? Did we watch the same trailer, universe? That movie looks... bafflingly bad. Like, shockingly bad. Even if I knew nothing about what a hot pile of irresponsible garbage the books are, I'd still assume that I had either just watched a European perfume ad from the 70s or a commercial for a Lifetime original movie. Surely that won't be a major studio release! Oh, it will be? Well, that's just the worst.

I'm a bad movie buff but could it... could it be the worst movie of all time? Here are a few movies that could actually give it some competition.

The Room is often cited as the worst movie of all time, a title which has garnered it quite the celebrity fan base. A book was written about its strange conception which is about to be made into a film starring James and Dave Franco. YOU ARE TEARING ME APART, LISA!

Nightmarish animation, a bizarre plot involving Nazis, and no cohesive logic to the world to speak of. Food Fight is a plot-hole hellscape from which there is no return.

You'd think this would be the sequel to the movie Troll with Julia Louis-Dreyfuss, right? Wrong. It has nothing to do with Troll, and everything to do with a bizarre Italian director who was hoping to make money off an unrelated film (check out the documentary Best Worst Movie for more)!

A movie so bad it broke up power couple Bennifer the First? I mean, it doesn't get worse than that.

I have as much nostalgia for this movie as any other girl raised in the 90s... but guys, this movie is very, very bad. Watch it again if you don't believe me.

Manos: The Hands of Fate

It's a movie so bad I've never been able to sit through the whole thing. And as someone who's seen The Room like 50 times... that's saying something.

And, to compare, watch the Fifty Shades trailer here:

More like this
What’s New On Netflix: A Victoria Justice Rom-Com & The Return Of David Letterman
By Arya Roshanian
What’s New On Netflix: The Return Of 'Bling Empire' & A Rebel Wilson Comedy
By Arya Roshanian
You Can Thank 'Spider-Man' For The Meme-ification Of Movies
By Dana Schwartz
The 'Hocus Pocus' Sequel Finally Has A Release Date & It Makes Total Sense
By Shannon Barbour and Radhika Menon
Get Even More From Bustle — Sign Up For The Newsletter