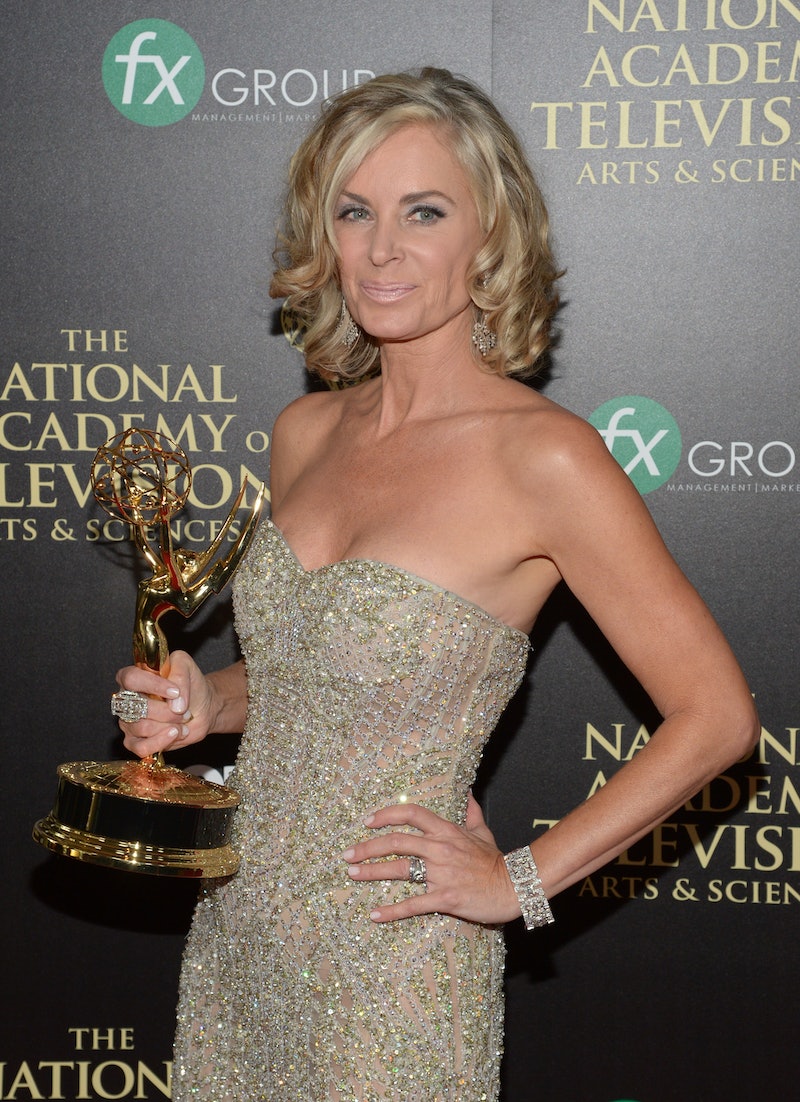 It looks like Lisa Rinna won’t be the only new BH Housewife. (Okay, okay. I should say ALLEGEDLY won't be the only ALLEGED new BH Housewife. Bravo and the cast have yet to confirm Rinna is in. But like, they're already listed on the RHOBH Wikipedia page! And so many sources say it's happening! And I want it to happen so badly!) PEOPLE reported that a source confirmed Eileen Davidson will join the Real Housewives of Beverly Hills fun, too. (I use the word "fun" loosely. I mean, did you watch last season? Oof.)

You may know the Emmy-winning actress from Days of Our Lives, The Bold and the Beautiful, or The Young and the Restless. Hot damn! Rinna and Davidson? Two soap stars on a reality show? I like your style, Bravo. Who knows how to pump up the drama volume better than soap actors? My body is READY.

RadarOnline reported that being on RHOBH will make Davidson some serious bank: Her contract reportedly landed her $750,000. "That's chump change!" I said... on opposite day.

I know I was upset about the minor cast overhaul that hit RHOBH , but I’d be lying if I said I wasn’t losing my marbles over the newest BH Housewives. Er, "newest." I feel SO GOOD!

Rinna and Davidson must be bummed that they were a season too late to be a part of the "G.U.Y." magic:

I could stare at that GIF for forever. Or at least until Bravo officially announces who will be a part of Season 5.