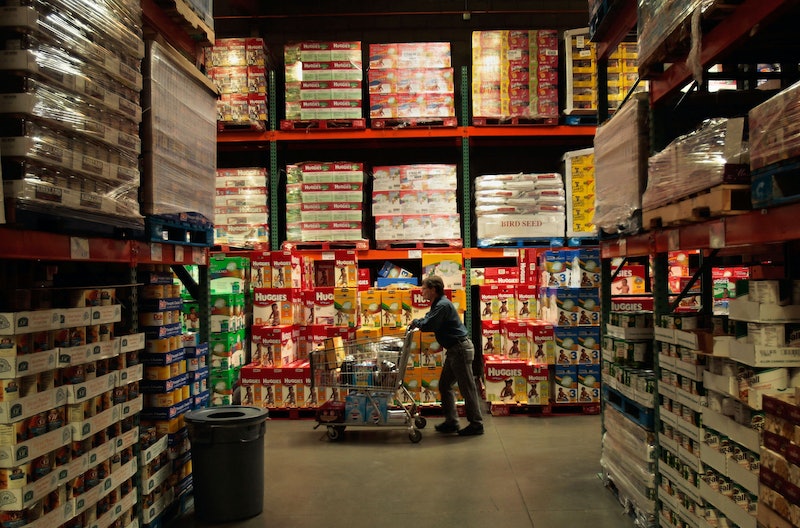 After this week's listeria detection that led to a nationwide stone fruit recall, members-only megastore Costco figured it should warn its customers personally. Costco actually called individual customers to let them know they should toss any recently purchased nectarines, peaches, plums, or pluots. Unfortunately, the possible listeria outbreak wasn't the only call for alarm: While it was certainly a nice gesture, exactly how Costco knew who to call raises some bigger questions about its data practices.

After California company Wawona Packing Co. detected a possible listeria contamination in stone fruit packed between June 1 and July 12 and issued a recall, chains like Walmart, Whole Foods, and Trader Joe's posted warnings on their websites. Cosco went one stop further. According to the Huffington Post, Costco was able to assemble a list of customers who could have purchased the fruits in question, using the consumer data it had already compiled on the individuals.

Craig Wilson, vice president of quality assurance and food safety at Costco, told HuffPo that the company keeps a log of every single item customers purchase.

We know every item that everybody purchases every day. If there's an issue with an item — be it ground beef, peaches, socks or tires — we can contact the members that purchased the item, because we have a record of that purchase.

So, seems all that creepy data collecting can be put to good use once in a while. In fact, this isn't the first time Costco has used its consumer data to help in cases related to foodborne illness: The company teamed up with the Centers For Disease Control and Prevention and local investigators to help track the source of a salmonella outbreak in 2010.

According to Wilson, Costco even mailed follow-up letters to consumers after the initial phone calls. If only our roommates could be this thorough when warning us the milk has gone bad.

Not to freak you out, but Cosco isn't the only company keeping a close eye on your data.