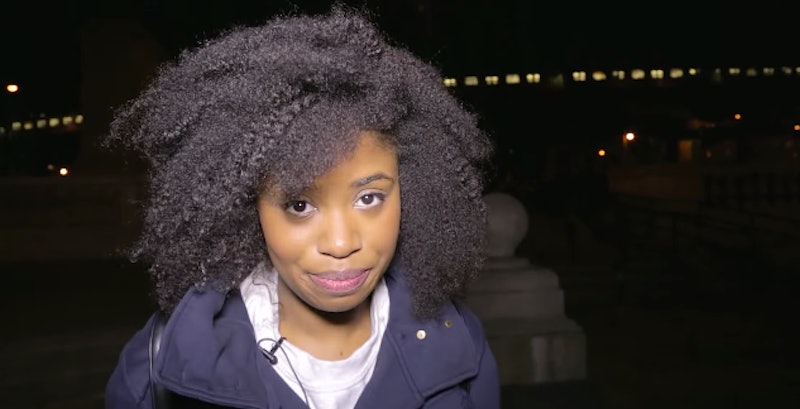 When I think of YouTubers that are honest, funny and creative, one major player in the game stands out. It's Akilah, obviously. If you watch Akilah Hughes' channel, you get the joke, but if you don't (you should) that's the intro that she uses in almost every video. Hughes goes by Smoothiefreak and graces the YouTube community with videos about natural hair, beauty, social commentary and her life. What makes Hughes so unique is her painstakingly honest take on everything. She takes tags, such as the common white girl tag and partakes with hilarious comments. In that video the tag asked "Do you ever wear clothing more than once?" Hughes answered, "Yes, because I live in the real world." YouTube is a wonderful place, y'all, but it's so refreshing to watch someone who understands just how vapid or silly that other users sometimes sound. She pokes fun at natural hair tutorials and beauty routines that are becoming so commonplace, because, well, someone had to say it.

In addition to being hilariously herself, Hughes also does short skits and parodies that are hilarious. One of her most popular is called Olivia Pope Goes Grocery Shopping, in which Hughes plays Pope trying to convince the cashier to let her use an expired coupon for orange juice before Fitz calls and she explains that the orange juice situation is "handled." Hughes gets pop culture, social media, and society in general, and shells out her unique opinions on all of it, which is why I get so excited each time she uploads a new video, and I'm not the only fan of her Smoothiefreak. If you're new to her Smoothiefreak channel or just want a briefing on the most classic videos she has so far, look no further.

4. How to Straighten Natural Hair -- A Horror Story

7. How to Pronounce 25 Fashion Designer Names the *Totally Right* Way

More like this
What Is “Jello Skin”? The Latest Viral Trend To Know About
By Tomi Otekunrin
Kris Jenner’s Advice For Kim Kardashian Is Going Viral On TikTok
By Courtney Young
The Viral TikTok “30,000” Sound Fits Nearly Every Scenario
By Courtney Young
TikTok’s “Miley Stewart Summer” Trend Will Make You So Nostalgic
By Courtney Young
Get Even More From Bustle — Sign Up For The Newsletter