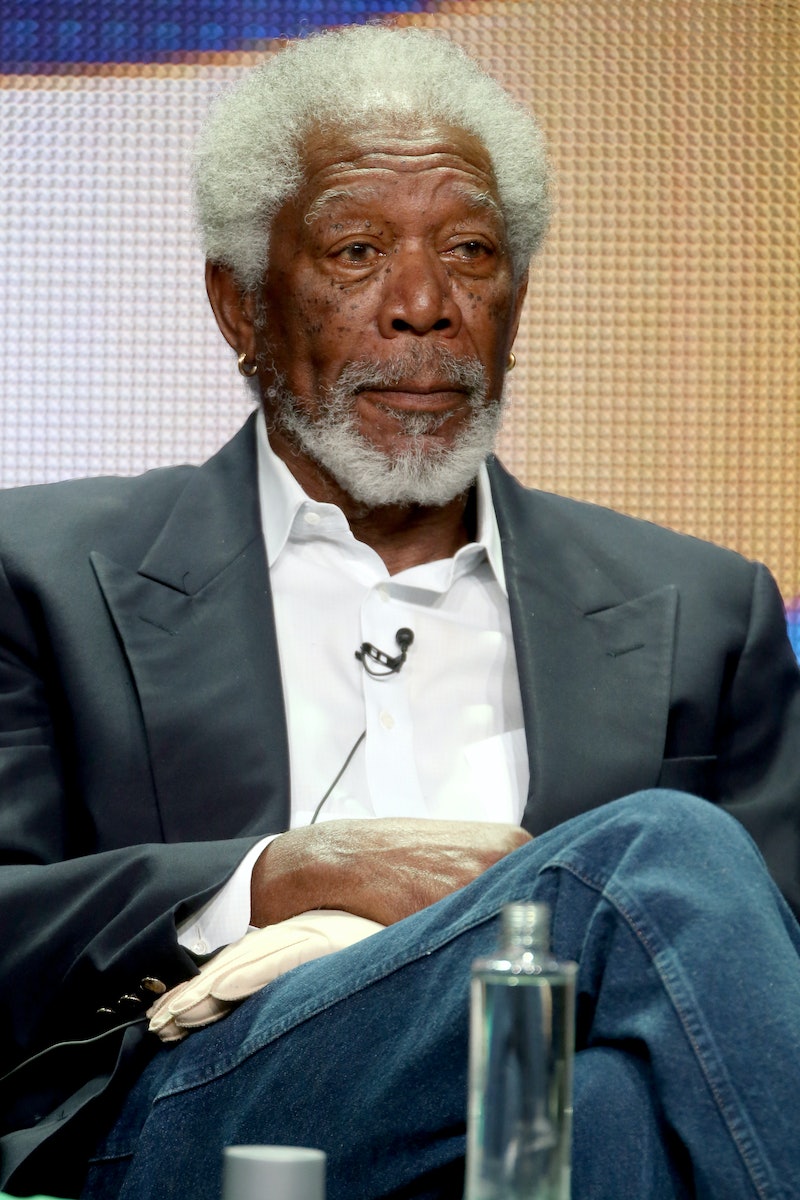 Remember a few months ago when Morgan Freeman sucked helium out of a balloon in a segment for his Emmy nominated Science channel show, Through The Wormhole with Morgan Freeman? It was a total mind-bend that had the Internet in stitches. Jimmy Fallon — the man who has never met an interview hack he didn't love — thought that it would be a great idea to chat with Morgan Freeman while he sucked helium out of a balloon. And for the most part, he's right — it was a pretty great idea, as you can see in the hilarious, albeit slightly uncomfortable video below. Fallon and his audience thinks it's a riot, but Freeman doesn't think so at all.

Freeman very begrudgingly admits to taking part in the helium sucking, even though Fallon, who is having a grand old time and sounds like a chipmunk, pushes him to do so. "It's undignified," Freeman says. The few, reluctant words that he says are pretty funny since pretty much anything has the potential to be funny when it's that high-pitched — but Fallon should be warned, given Freeman's "are you seriously making me do this?" stare, that not everybody likes to play his interview games.