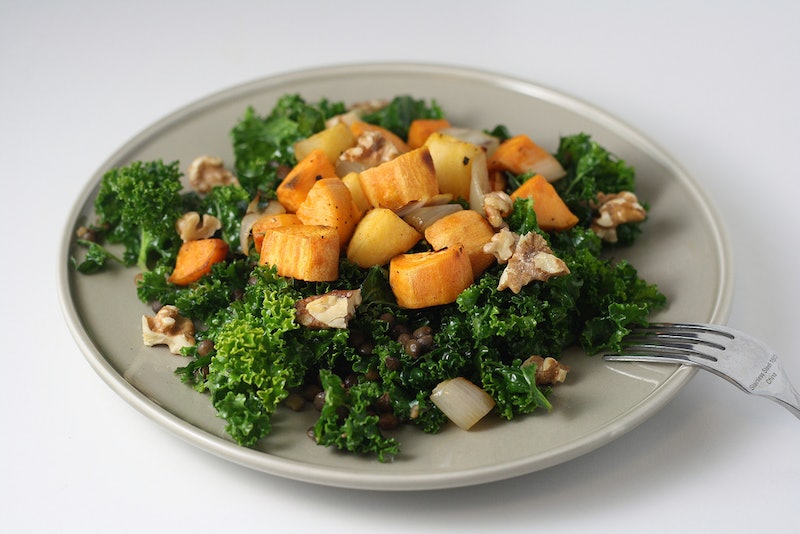 Oh no! Terrible news! A worldwide kale shortage is sweeping the globe! Nooooooooo!

Or at least, that’s kind of what it looks like; to be honest, though, t’s not actually as bad as all that. Here’s the deal: According to ABC News Australia, Bejo Seeds, which is one of the world’s biggest suppliers of kale seeds, has, um, run out. Completely. They are out of seeds for every single variety of kale. Said Tony Hubbard, who runs the company’s Australian office, “You could describe it as embarrassing to us, but it’s just one of those things that’s happened on a global basis. It’s caught us out well and truly, we put our hands up to that.” Nor are lack of seeds the only problem; farmers have also been struggling to grow enough to keep the kale eaters of the world happy. There’s just not enough supply to meet the demand — and that’s kind of messed up, when you think about it.

An interview with chef Dan Barber conducted by Salon back in May 2014 has been widely quoted with relation to the madness of the “kale shortage”; there’s a reason everyone’s bringing it back up, though, so I’ll do it as well. About trend foods, he said:

“I came to the conclusion that the problem with all this is we root around looking for the diet or the food fad that’s going to make us feel healthy and look good and be sustainable at the same time, and in the truth that really depends on where you live in America. What’s good for one region is not good for the other…. We have these cockamamie ideas of what the world can support because it’s in fashion or because it shows to be working for the short term, but that will last about as long as the conversation and then we’ll be on to something else. Unfortunately, the land can’t support those diets, which is why other cultures have cuisines that have evolved over thousands of years. Those cuisines go to support the landscape and they go to improve the ecology.”

In short, yeah, fad foods usually have some pretty powerful nutritional strengths — but when we give them so much weight, they not only can’t possibly live up to the magical reputation we build up for them, but in the long run, our demand for them ends up hurting the land more than it helps it. Food (hahaha) for thought.

Because the bottom line is that “superfoods,” for all their virtues, are never the be-all, end-all of nutrition. I think Monica Kim at Modern Farmer put it best when she wrote, “In some ways, kale can be difficult to replace. Its coveted status as a superfood is not without merit — the dark, leafy green comes packed with calcium, vitamin C, etc., etc. — but dare we say that much of kale’s superiority can be chalked up to good branding?” She continued, “The humble broccoli, so often cast aside on children’s plates, contains more carotenoids than kale, and is high in a number of potentially cancer-fighting nutrients.” Arugula, too, she noted, is worth it, making up for its relatively fewer health benefits with a far superior taste. Me, I’ll put my money behind spinach, which has the best of everything as far as I’m concerned: Fabulous nutritional value, wonderful versatility, and a taste I actually like.

So: Even if we are running a little low on kale, it is far from the only veggie out there from which you can derive your health benefits. The same goes for all superfoods, for that matter. As Hillary Crosley at Jezebel suggests, “Next time you're fighting through the Trader Joe's crowd, embrace variety. Pick up a new food that's good for you but maybe isn't heralded across the Food Network or the Cooking Channel, the earth will thank you” — and you might just discover your new favorite food in the process. Sounds good to me!