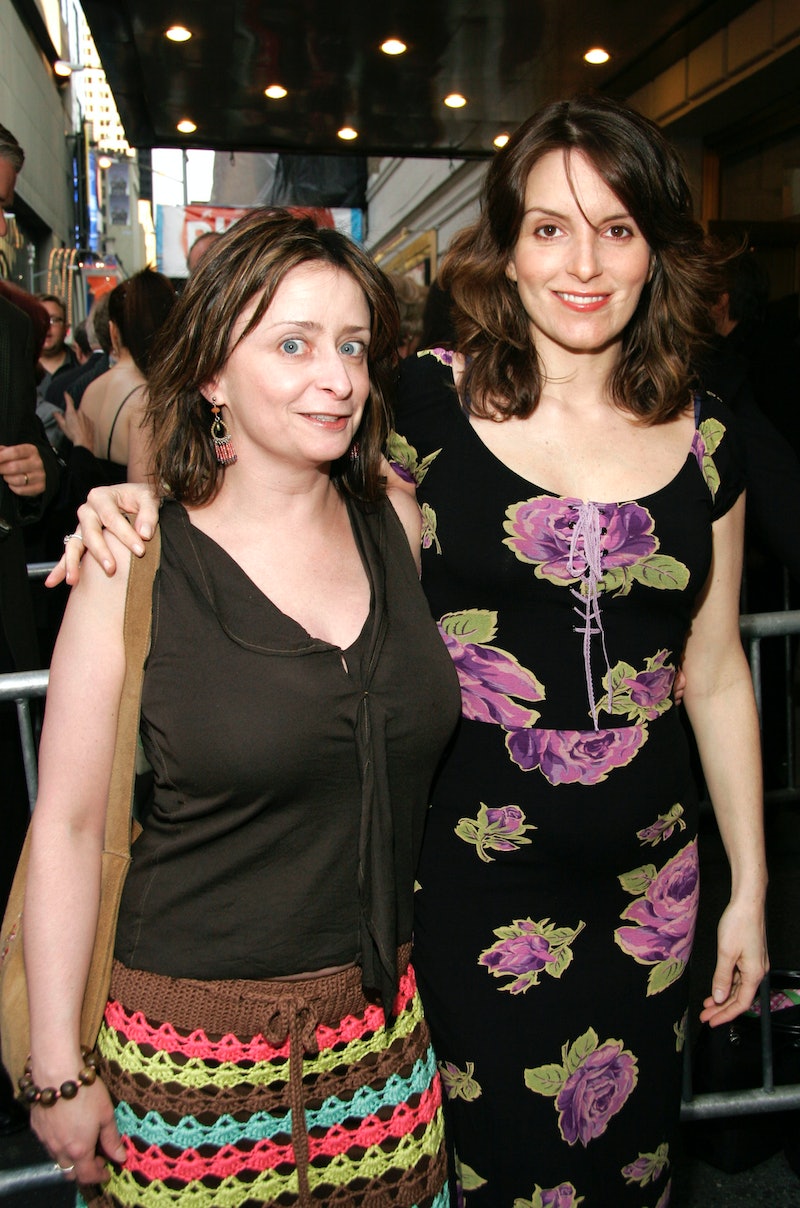 The Internet has unearthed something better than Rachel McAdams' Notebook audition. It's better than young(er) Ansel Elgort boogying during a high school production of Hairspray. It may even be better than miniature Ryan Gosling busting a move, though that's debatable. The Internet has unearthed the full content of Tina Fey and Rachel Dratch's two-woman show, and it is glorious. Fey and Dratch, who met during their era at Chicago's Second City, have been friends for a very long time. Dratch has appeared with Fey more than a few times, from their time together as cast members on Saturday Night Live, to Dratch's many, varied appearances on Fey's show 30 Rock.

Trace things back to 1999, and the pair were starring in a Second City show called Dratch & Fey. The show would later run at the Amy Poehler-founded Upright Citizens Brigade in New York City after the bunch of them made the move from Chicago. Considering that these are two of comedy's most respected and loved ladies — and considering that the sudden availability of Dratch & Fey offers a glimpse into their early-ish goes at comedy — I'd say this one categorizes as a much-watch. You can even pretend you knew them when!

More like this
At 28, Rachel Dratch Was Mingling With Steve Carell & Inhaling Secondhand Smoke
By Samantha Leach
“The Door Is Always Open” For Another 'Breaking Bad' Spin-Off, Says AMC Boss
By El Hunt
Emma Thompson, Lashana Lynch, & Stephen Graham Lead Netflix’s 'Matilda'
By Sophie McEvoy
Alicia Silverstone Has Recreated An Iconic 'Clueless' Scene
By Frances Stewart
Get Even More From Bustle — Sign Up For The Newsletter